Six Nations team of the tournament

Wales claimed the 2021 Six Nations title after a fantastic campaign and it is no surprise that they also dominate the Men’s Team of the Championship as voted by the fans.

Former England winger Ugo Monye selected positional shortlists and it was the fans who then got to decide who made the final cut.

And while they narrowly missed out on the Grand Slam, it is Wales who lead the way with six players in the XV, including four members of the pack. Front-rowers Wyn Jones and Ken Owens make the cut alongside skipper Alun Wyn Jones and No.8 Taulupe Faletau. They are joined by George North, revelling in his new position in the centres and Louis Rees-Zammit after his memorable debut campaign.

Ireland follow closely behind with five players in the squad, a nod to their strong finish to the Championship. The two Tadhgs, Furlong and Beirne, join CJ Stander in the pack, while Johnny Sexton’s final outing against England likely made a difference in his selection at fly-half, with Robbie Henshaw included at inside centre.

Scotland, having ended their winless runs at Twickenham and the Stade de France, contribute three players to the team including back three pair Stuart Hogg and the leading try-scorer Duhan van der Merwe. Hamish Watson, their standout flanker, completes the Scottish contingent as he slots in at openside.

The final spot belongs to a Frenchman, Antoine Dupont, the 2020 Guinness Six Nations Player of the Championship earning the runners-up a place in the side after a campaign in which he scored three tries and set up five more. 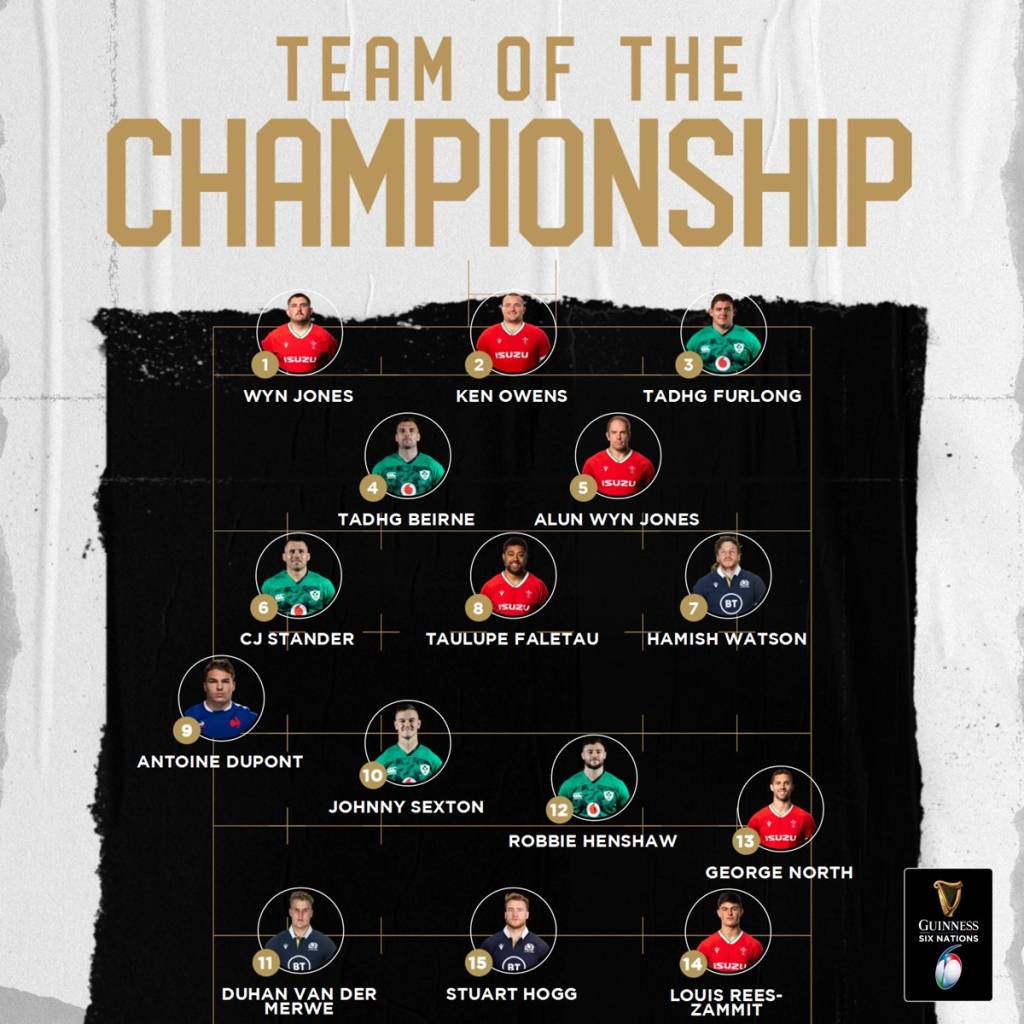