Homeboyz have qualified for the Enterprise Cup semis after beating their Jamhuri Grounds rivals Nondies  33-11 in clash played at the venue on Saturday.

Both sides managed just one try in a tight first half of the game. Homeboyz opened the scores through Kenyan International Joshua Chisanga who touched down the opening try for a 7-0 lead after conversion.

Nondies pulled back with a penalty before Mark Ongayo crossed over for an unconverted that handed his side an 8-7 lead at half-time. In the final half, Collins Shikoli restored Homeboyz lead by bagging a converted try that took the scores to 14-8.

Chisanga got back to the scoresheet with his second try which was also converted for 21-8 lead. Nondies cut the gap to 10 points after scoring their second penalty but Homeboyz added an unconverted try to stretch their lead. Homeboyz sealed their victory by scoring a converted try for 33-11 win.

Homeboyz now return to the semis which they last played in 2018 and went on to win the trophy which is their lone silverware in 15s. The Deejayz will face Kabras in the semis.

Maseno on a double in Kisumu county 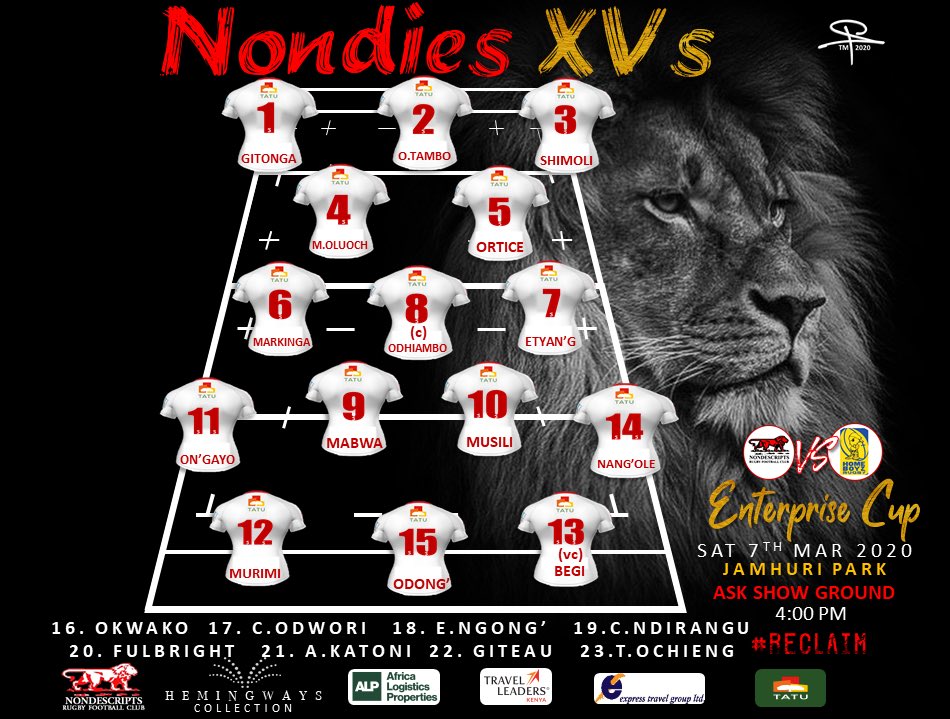