Ahead of the Jamhuri Derby clash against Homeboyz,  Nondies Head Coach Willis Ojal has released his squad that will be in action on Saturday at Jamhuri Grounds.

Biko Adema makes a return to the squad having missed the Kakamega trip last weekend. He takes over his number 10 role and he will pair up with Ian Mabwa who keeps his place at scrum-half.

Benjamin Marshal also makes a return to the squad to play in the midfield to partner with Moses Begi while Mark Ongayo has moved to the left wing pushing Thomas Ochieng on the right-wing.

Phares Mbadi will be at fullback. Steve Ortice drops to the back row joining flanker Fidel Oloo while Steve Odhiambo will be at number eight.

Ronnie Mwenesi has been drafted in the second-row joining  Brian Sinei. Ian Njenga, Frank Mutuku and Ernest Ngong will lead the attack.

Nondies will be hoping to pick the third straight win over Homeboyz in this clash. 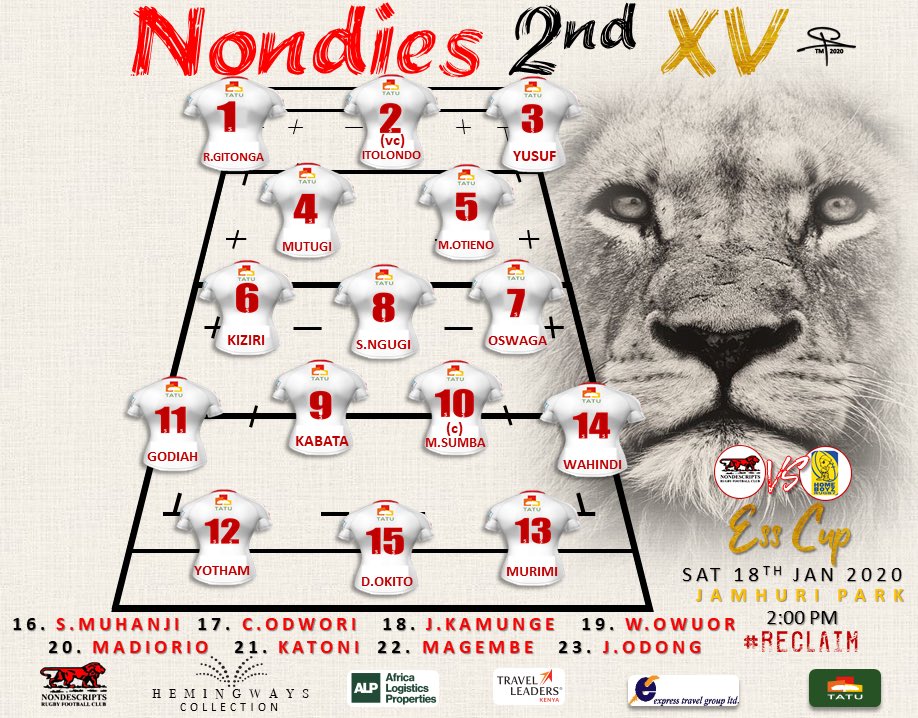