The Rangers showed their intentions early in the game and early pick and drives saw them land five points before Thomas Ochieng slotted in a conversion to lead 7-0.  The side stretched the lead with another converted try to lead 14-0.

Ochieng took the scores to 17-0 after he drilled in a penalty and converted Frank Mutuku’s try to put his side 24-0 up heading to the break leading 24-0.

Eugene Asava scored Bulls first points of the game via a penalty but they allowed Moses Begi to score the fourth try in the half which was converted by Ochieng. Ochieng’s two penalties minutes later pushed their tally to 37-3.

Nondies entered the 40’s after unconverted try as the heavens opened. Nelly Omukuba sneaked in for a try for Bulls and the clash ended 41-10. 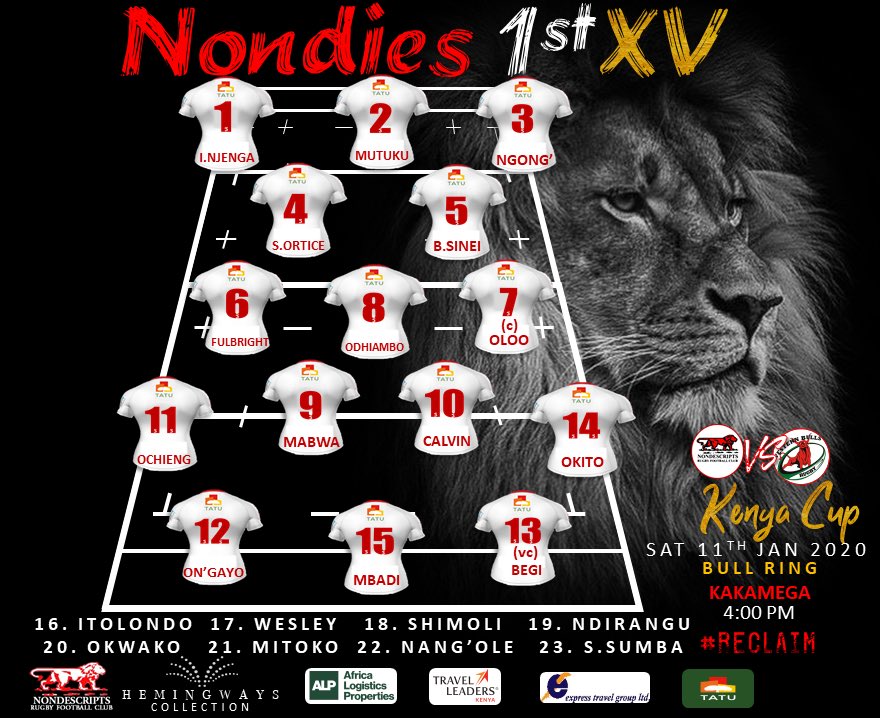