Homeboyz Head Coach Jason Hector has made six changes to his squad ahead of the short trip to Railways Club for the Kenya Cup clash pitting Mwamba.

Thomas Okidia, Meshack Akenga, Charles Omondi, Eliphaz Emong and Bob Muhati who started in their win against Kabras have dropped to the bench while Mohammed Omollo will not be part of the clash.

Joseph Amalemba and Abel Matanda have taken up Okidia and Akenga’s slots as props and they will pair up with Aaron Khalechi.

Polycarp Odhiambo and Wallace Onyango are unchanged in the second row. Phil Mwanzo and Stanley Isogol will slot in at open flank and eighth-man respectively as Roy Wesonga keeps his place on the blindside and will captain the side.

Augustine Lugonzo will be the scrum-half and he will partner with Ervin Asena. Max Kangeri will be in the midfield together with Zeden Marrow who has shifted from the open wing to take up Muhati’s place in the midfield. Mark Wandeto comes back to the starting squad while Michael Wanjala and Leonard Mugaisi complete the starting 15 list.

The side will be seeking to register the eighth win of the season to maintain the slim gap between them and Leaders Kabras. 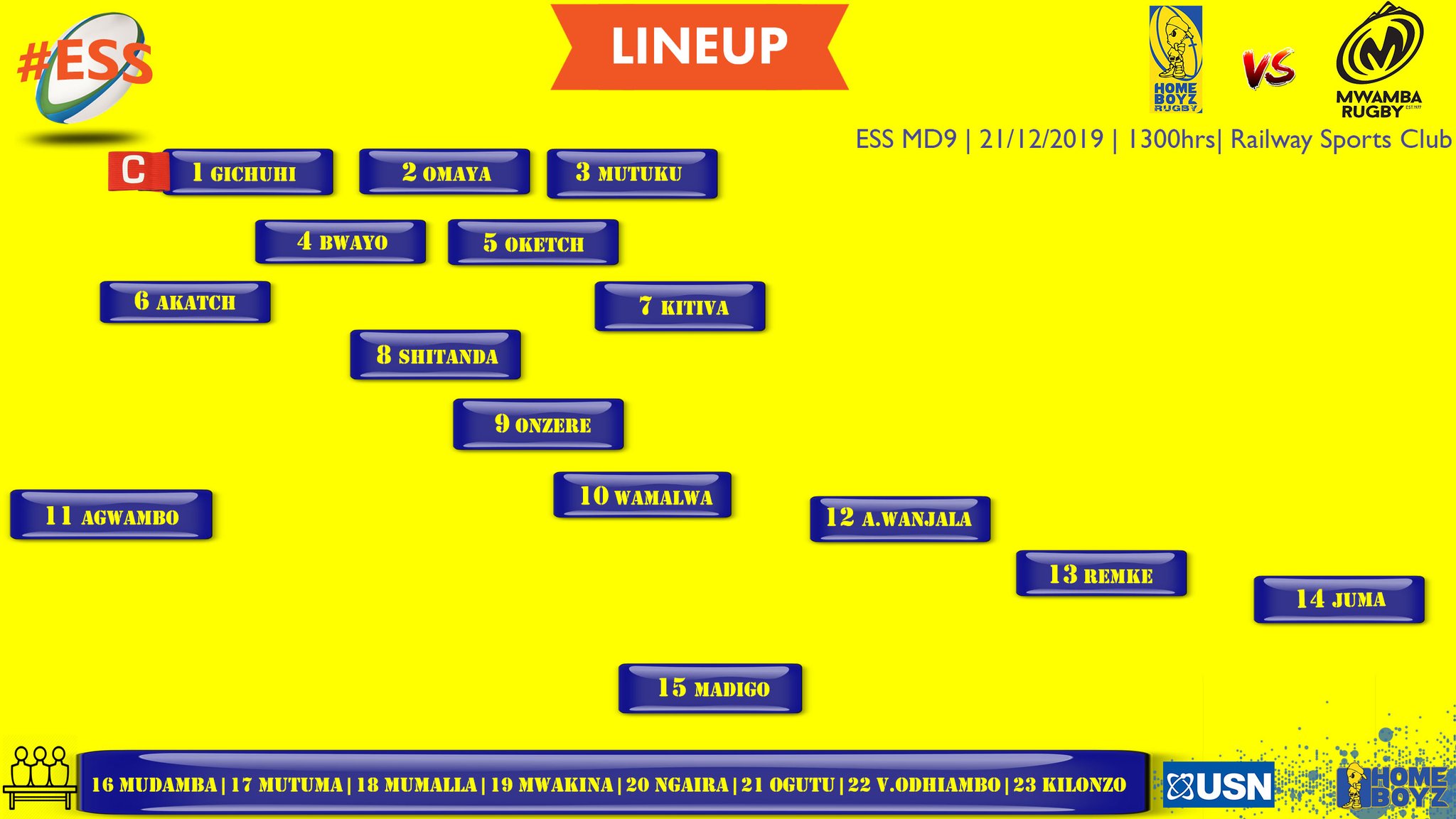