The Enterprise Cup and Mwamba will kick off on February 8 2020 with the round of the 16 matches scheduled to go on in different venues.

There will be no byes this season and 12 Kenya Cup sides will be joined by four Championship sides Strathmore, Mean Machine, MMUST, and Catholic Monks in the Enterprise Cup.

Defending Champions Kabras have a date against Menenegai Oilers in match which they are set to host. Impala who have been in the finals for the last two editions will welcome former Kenya Cup side Mean Machine.

Last year’s semi-finalists and former winners KCB will tackle former Kenya Cup side Strathmore Leos as Kenya Harlequins face Homeboyz at an early stage once again. Blad Blad will face off with Western Bulls while other Kenya Cup side Kisumu RFC and Mwamba will also meet in the round of 16.

Nakuru have a date against Catholic Monks and Nondies will host Championship side MMUST in the final round of 16 clash.

Kabras are the defending Champions having beaten Impala 37-7 in the finals staged at RFUEA Grounds. This saw them take the crown from Homeboyz who won the 2018 edition beating Impala 21-3 at the same venue.

The tournament first played in 1930 is the country’s oldest rugby tournament.

Nondescripts are the most successful club in this competition as they boast of an unprecedented 25 titles. 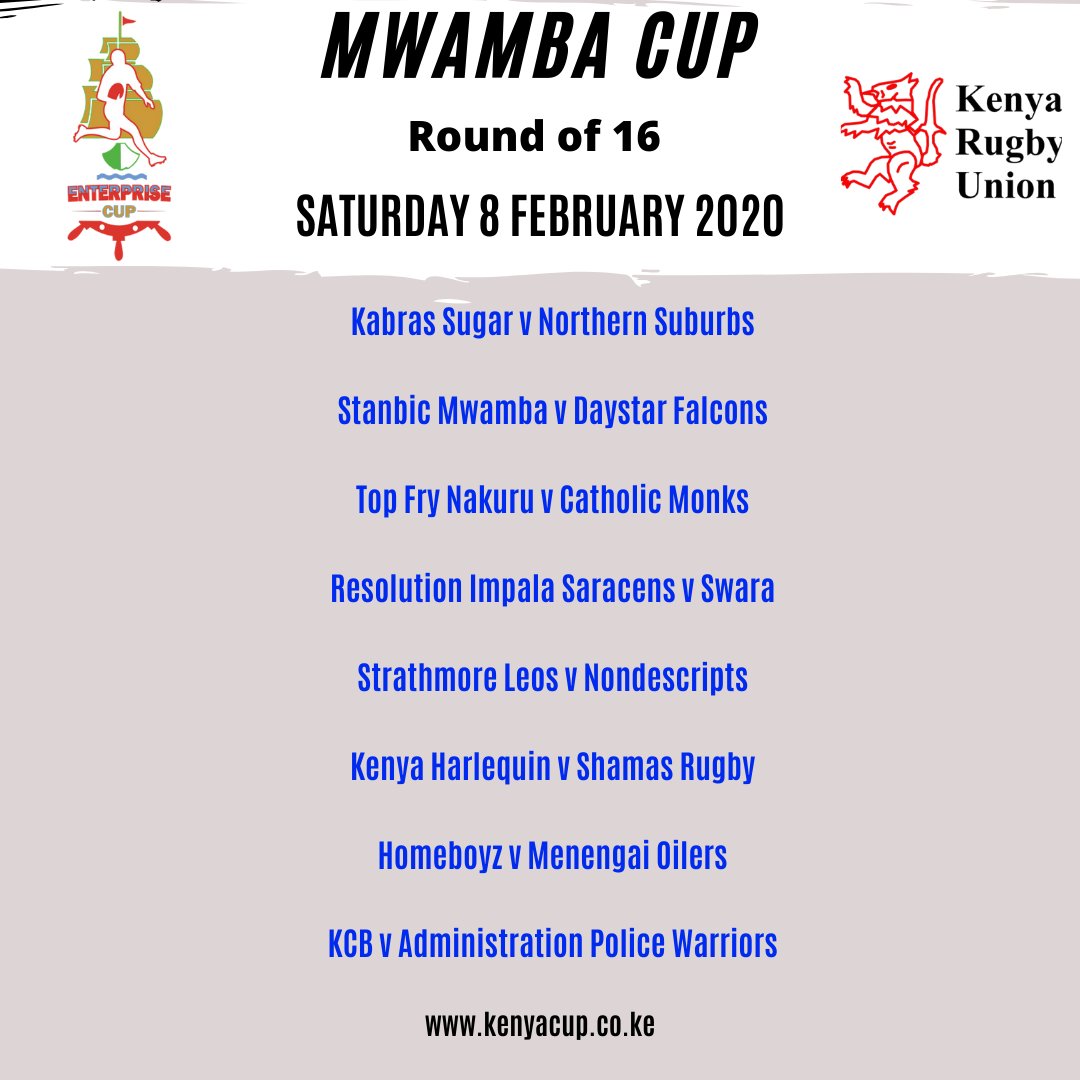