Samurai 7s  are the Algarve 7s winners after beating France Development side 17-14 in the finals staged on Sunday in Portugal.

The Samurai side scored the opening try at the right corner just after kick off but they failed to add the extras from a tight angle.

They later pinned the Frenchmen in their own half for the better part of the opening stanza. France breakthrough came few minutes before the break as they crossed over for a converted try. 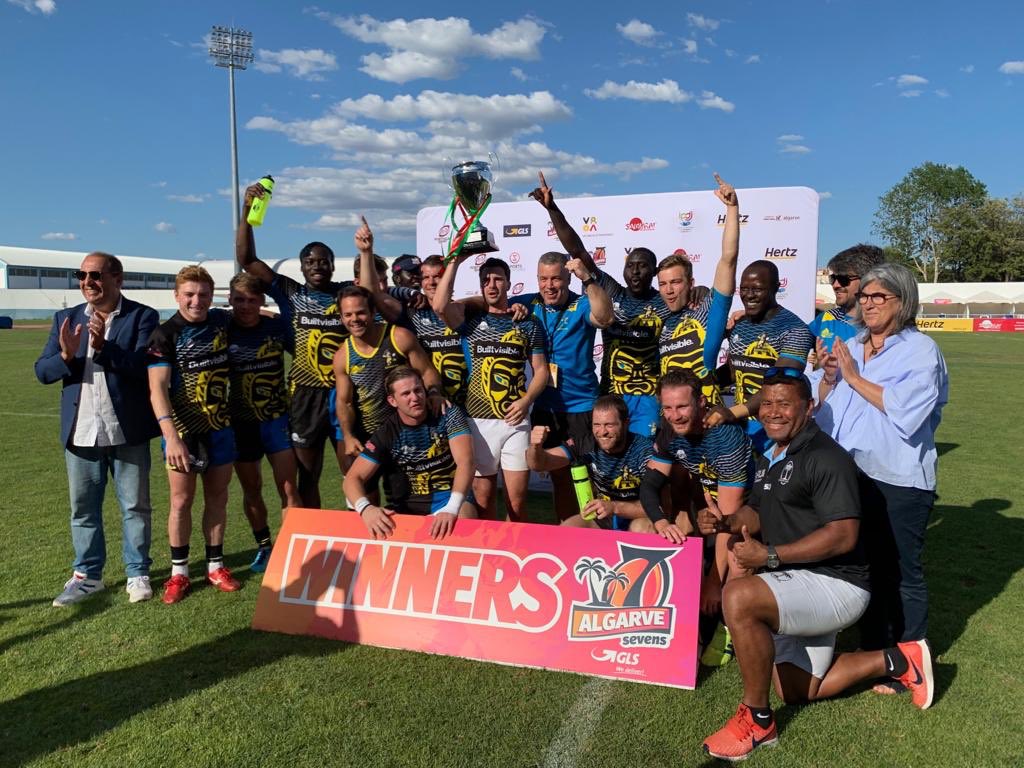 Samurai however headed to the break leading after another unconverted try. After resumption, Samurai pressed France in their five but could not score.

Instead it was France who raced on to bag another converted try to lead 14-10. Just before the final whistle Samurai won a penalty and Michael Agevi tapped the ball and set up Billy Odhiambo who dived over for the winning try.

The try was converted for a 17-14 scoreline. This was a revenge of a 21-14 loss suffered in the final group stage matches played early on Sunday.  Oscar Ouma and Felix Ayange were also part of the winning squad.

The victory marks an improvement for Samurai who relinquished the Amsterdam 7s crown after a 24-19 loss to Seventies last weekend.