Five Kenyan Stars have been picked by the Samurai 7s side set to take part in the European Rugby 7s Champions Trophy at Saint Petersburg in Russia on Saturday 25- Sunday 26 May 2019.

Logan Basson who is yet to feature for Kabras since the loss to KCB in the regular season is also in the team. Other players in the team include Rhys Jones, Jonny Lewis, Nicholas Pouplot, Jason Kriel, John Dawe, and Mervano Da Silva.

Mwamba team Manager Fahad Adil has been picked as a member of the technical bench. He will work with head coach Nick Wakley, Terry Sands- Director of Rugby and Kai Adams who is the physio.

Samurai will face off with Lithuania’s Baltrex-Šiauliai, Switzerland’s Grasshopper and Miesnieki from Latvia in Pool C.  Pool B has Froggies, Narvskaya Zastava, Steaua, Georgian Boys while Pool A consists of VVA-Moscow region, Dukla, Hernani, Södertälje. 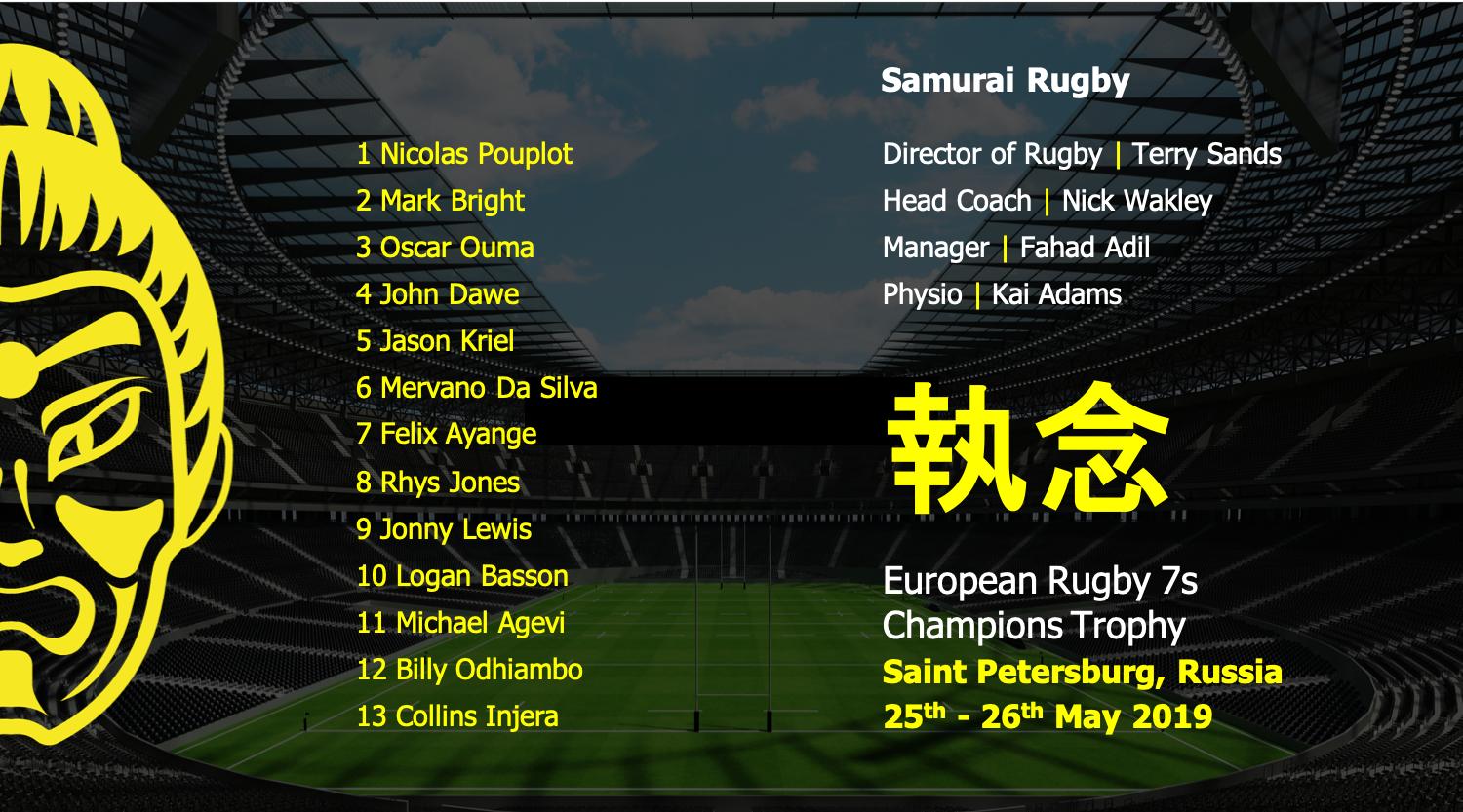