KCB  had sweet revenge over Nondies whipping them 50-5 in a Kenya Cup match played at Ruaraka Sports Club.

The bankers went to the match targeting revenge after a 27-22 loss on match-day two this season. Nondies on their hand were seeking to complete a double over the Kenya Cup holders and they were oozing with confidence having been the lone side to beat them this season.

The hosts had a good start and they capped it off with 19 points on the scoresheet. Their second half was close to perfect as they added 31 points and conceded one try.

At RFUEA Grounds, Kenya Harlequins failed to revenge their first leg 14-8 loss after being forced to a 22-22 draw by Oilers.

Oilers went to the break leading by a point. It was after Quins had scored two converted tries in the half while Oilers had 15 points from the half. On return from the break, Oilers added a seven-pointer while Quins managed Eight points from a try and penalty.

These are the Lions selected to play against Nondies at the Den on Saturday the 19th. #lionheartedrugby pic.twitter.com/XhnvJGIxJE 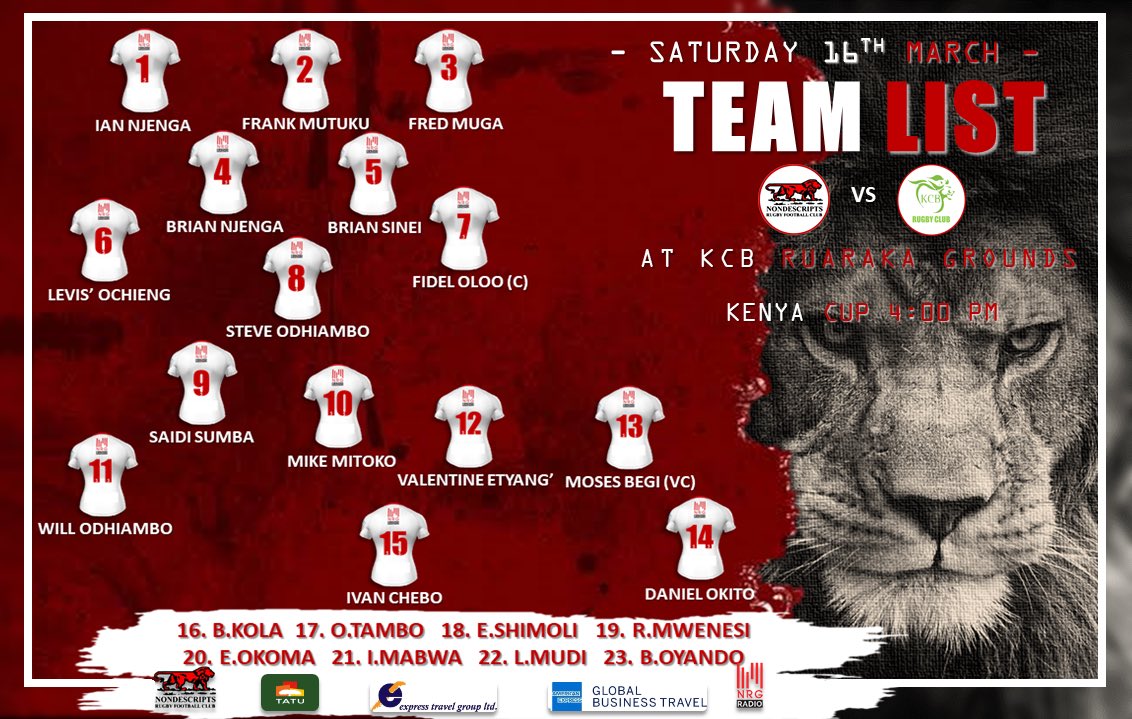