Tunisia Nationality Khaled Babbou has been elected as the new president for Rugby African, in its 13th General Assembly held in Marrakesh on Saturday.

Babbou was elected unopposed following the late withdrawal of Ghana’s Herbert Mensah. He replaces Morocco’s Abdelaziz Bougja, who had stepped down after 17 years of service.

Uganda’s Andrew Owor was voted the vice-president while Ivory Coast’s Tano Elvis was elected as the treasurer and South Africa’s Jurie Roux secretary general. Abdelaziz Bougja, the outgoing President, was elected as the Honorary President unanimously. 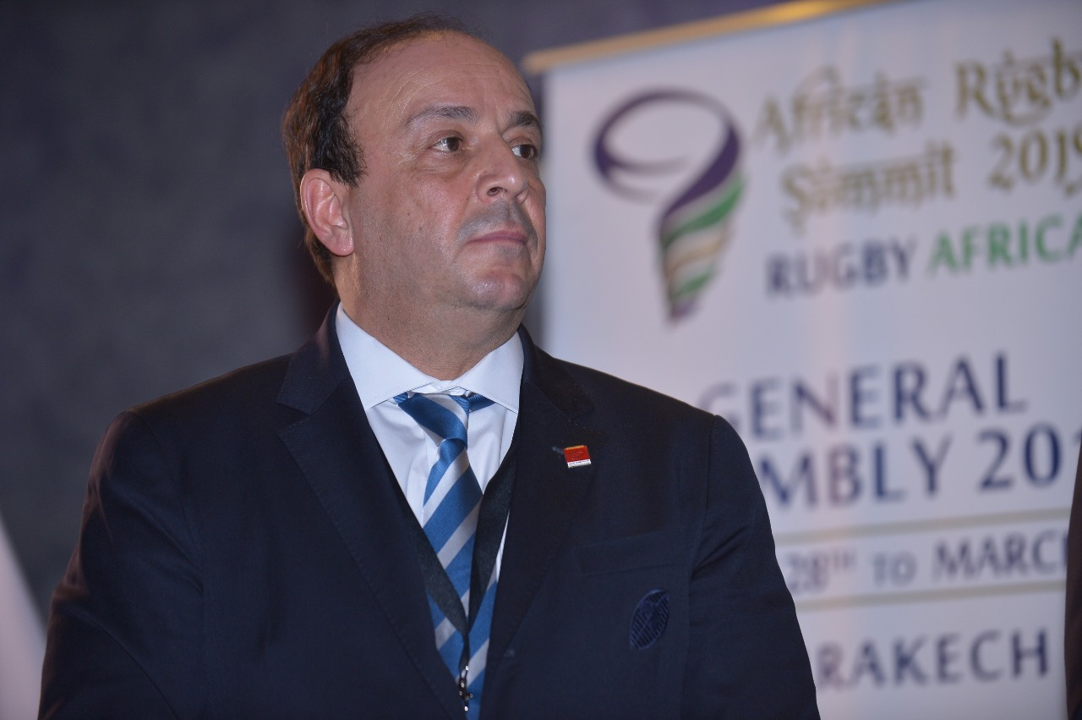 “I’m very glad that the elections went on well and that most of the countries accepted our nominations and gave us the mandate to lead Rugby Africa for the next four years. We think with our strategy we can work together with all the different members of Rugby Africa and we can accelerate the growth of the Game on the continent,” commented the newly elected Vice-President Andrew Owor.

A total of 27 countries – 26 of which were present with one voting by proxy – took part in the elections.

The officers of the Executive Board are elected ex officio, unopposed:

The 27 voting members (26 present + 1 proxy) elect, by secret ballot, the 7 officers of the following Executive Committee: