Saidi Sumba’s late try for Nondies was enough to hand them a 17-16 victory over Homeboyz RFC in a Kenya Cup match staged at KCB Sports.

Homeboyz were the first on the score-sheet, bagging a 7 pointer. Nondies replied with a try from Brian Njenga and took the scores to 7-7. The Rangers added the second try through Ian Njenga to lead 12-7.

The Deejays went to the break trailing by two points after Ervin Asena’s penalty. On return from the break, Asena added three more points from the tee to lead for a 13-12 lead.

The former Western Bulls and Kakamega High ace returned to the scoresheet with three points to lead 16-12. Just before the final whistle  Saidi Sumba sneaked to the try box and scored Nondies winning try.

Despite missing to add the extras, the Rangers walked away with four points from the clash and complete a double, this after having won 20-14 in the first leg. 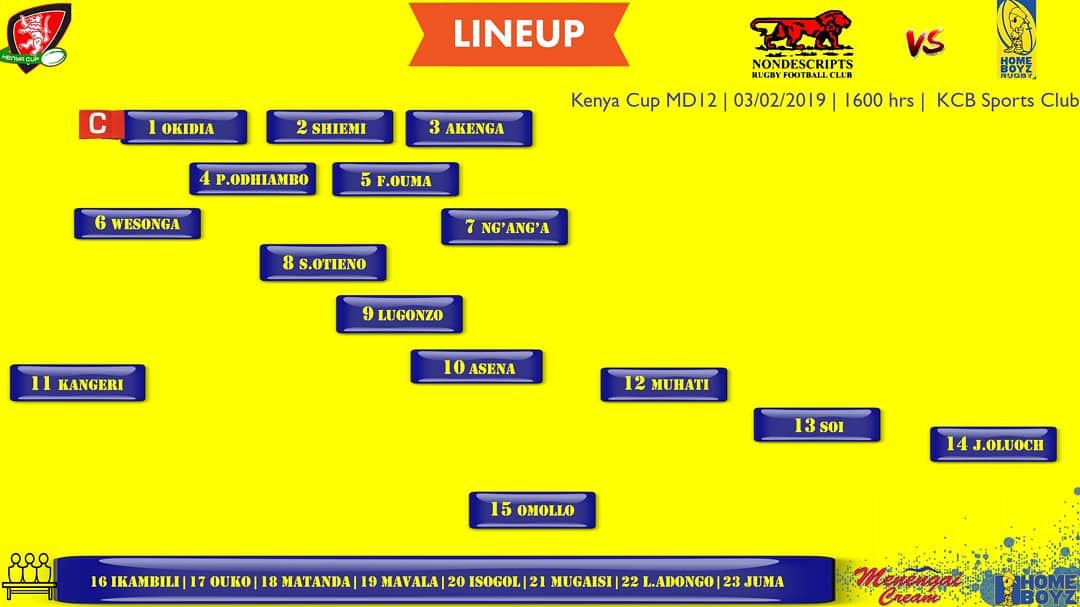 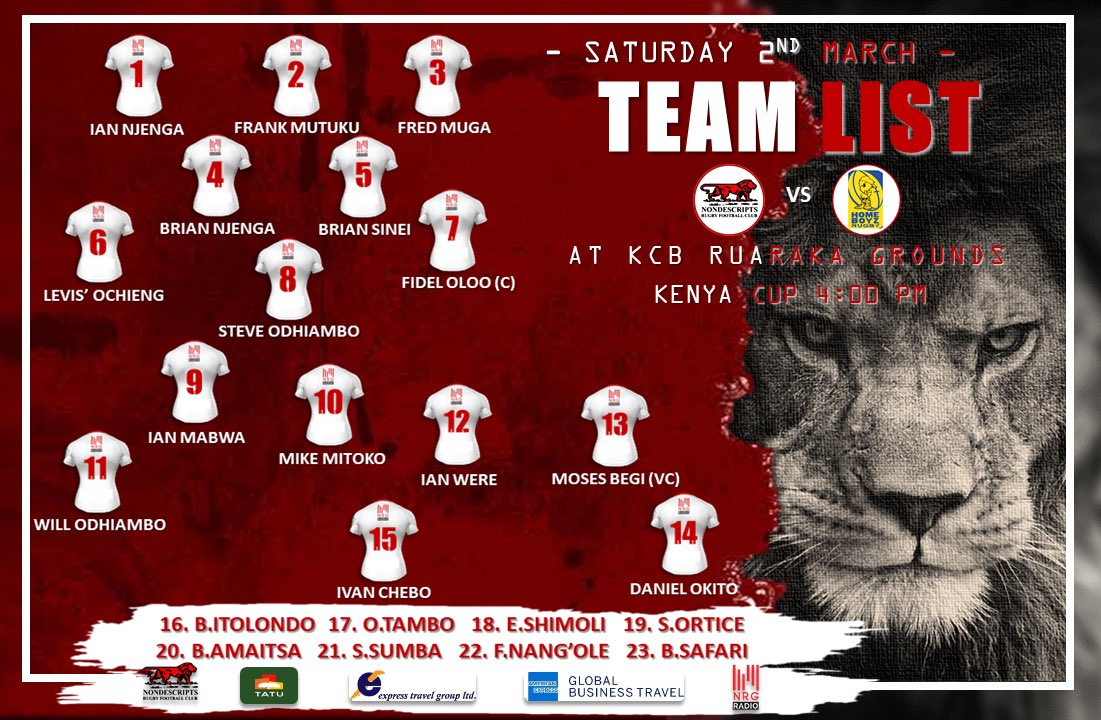 Kabras with five changes ahead of Machine clash
Kenya Cup: Impala maul Blad in round 12
To Top
Tables