KRU Championship league leaders Western Bulls have revealed their match-day squad ahead of the Kakamega Derby clash against MMUST set for the Bull Ring at 4 PM.

Allan Kasiti is back to the line and has been paired with Fidel Nyotaa at halfback. Bob Safu and Derrick Ashiundu start in the midfield while the last three slots have been given to Frank Ochieng, Billy Nubia and Henry Odhiambo.

On the bench the coach Bram Shikanda has Gilbert Onindo, Dan Chebui, Teddy Akala and Evin Kanyanya. The former Kenya Cup side won the first ever Championship meeting agsinst MMUST 16-15,  in a hotly contested clash staged at MMUST Grounds on day one of the season.

As they meet this weekend, Bulls have nine wins, a loss and a draw which totals to 41 points. They will need a win to stay top on the log. MMUST on the other hand also need a win from the clash to keep their Playoffs dream alive. 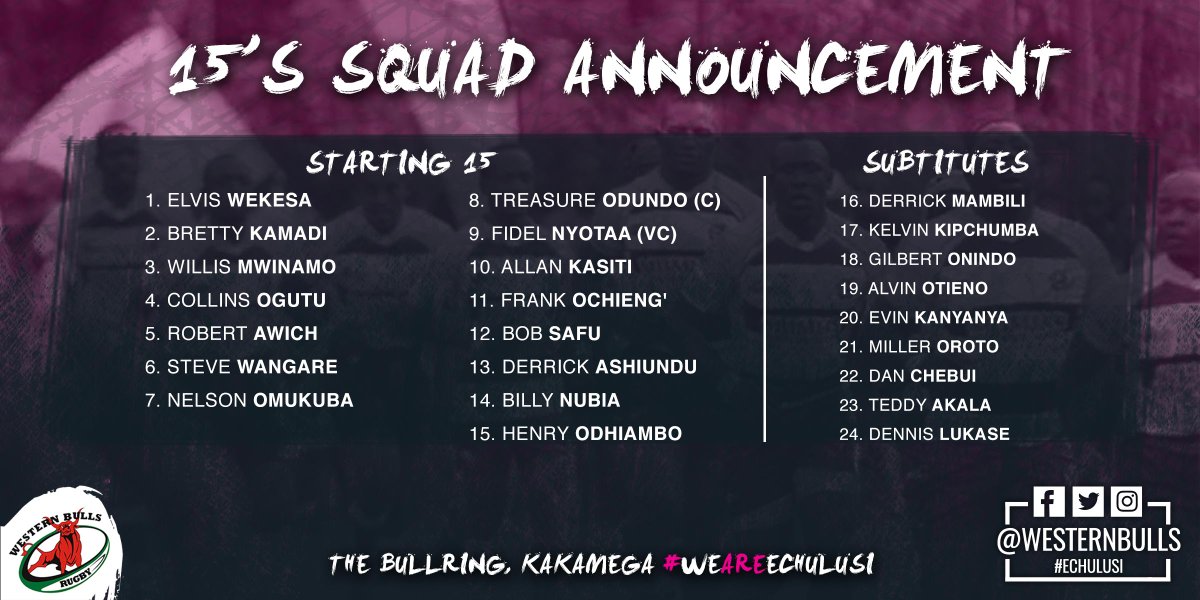 Championship:USIU and Egerton team news ahead of face off
KRU Championship standings ahead of the break
To Top
Tables