Wales and England marched into the third round having won the first two rounds, setting up what turned out to be an interesting clash that saw Wales record an historical win 21-13 over England in Cardiff.

The Welsh assume top spot in the six nations standings with 12 points and an unblemished record while the Red roses who could not contain the Welsh salvo in the final quarter of the game are second with 10 points.

Wales under Warren Gatland head over to BT Murrayfield to face a wounded Scottish side while England play host to a resurgent Azzuri side.

Ireland are third on nine points after struggling to overcome Italy 16-26 in their own fortress, Rome. Italy produced a good performance to lead the champions 16-12 at the end of the first half and even though they lost, they will have a lot of positives to pick from the clash.

France come fourth with six points after a 27-10 victory over Scotland in front of their home crowd. They will be hoping to build on the win as they make a trip to Ireland in what they expect to be a tougher clash for the Les Blues.

An injury hit Scotland are fifth on the log with 5 points to their name after two consercutive losses, winning once in their opening match against Italy. The Gregor Townsend coached side have lost nearly six men to injury, making it even harder as they host Wales next.

On the bottom of proceedings is Italy, who despite producing a good performance against Ireland, they have collected no points, dwarfing their title hopes. 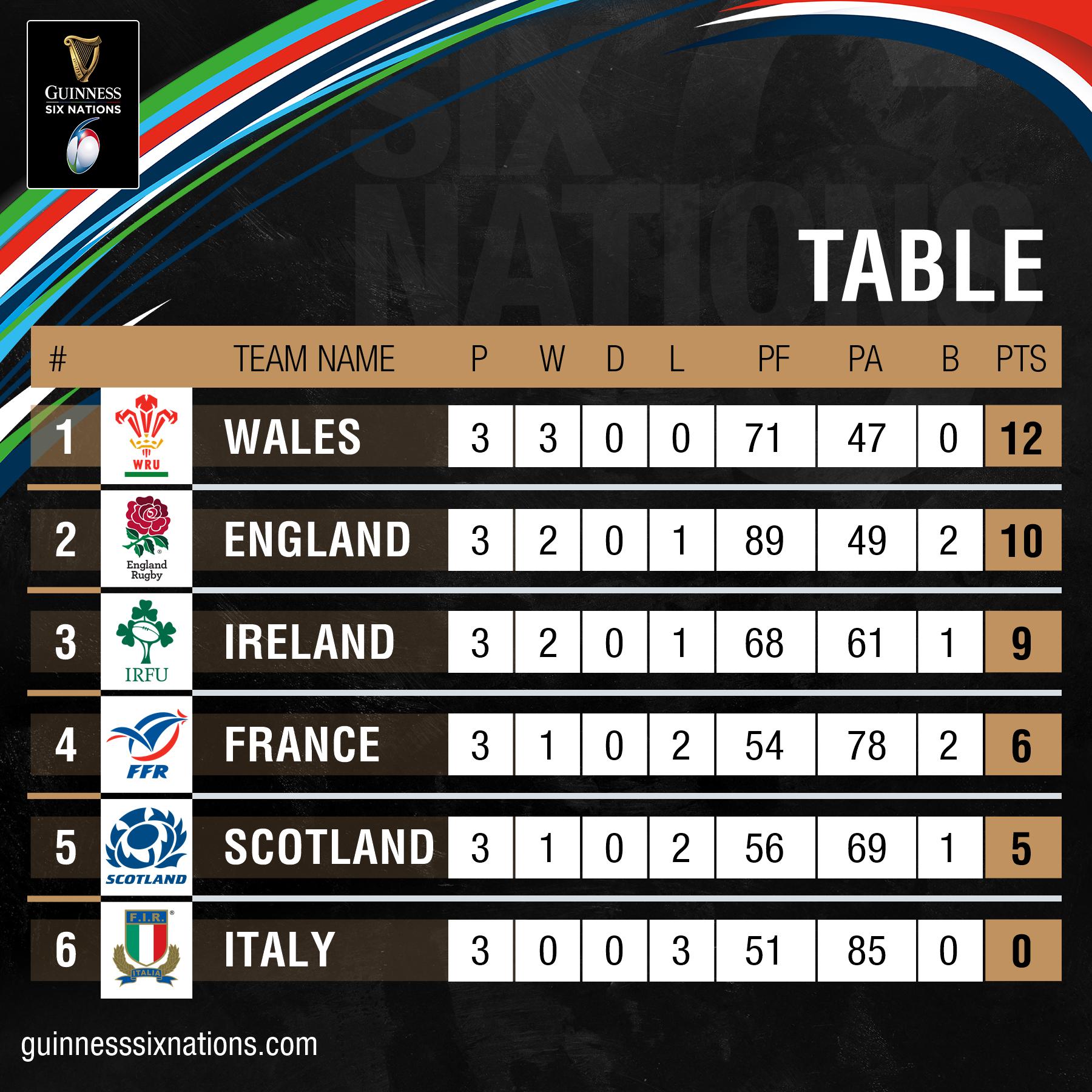