Impala Saracens have released the official statement on the demise of  Richard Sidindi Otieno  who died on Monday morning.

In the statement the club has confirmed that the fullback was swimming at the club bases and he is believed to have drowned during the exercise. The club added that they will later announce the funeral arrangements in their subsequent releases.

Sidindi has served the side for the last eight years having joined them in 2011. He has previously played for Kisumu RFC while he also played rugby at St Mary’s Yala in Nyanza at school level.

He is survived with a wife and a daughter. 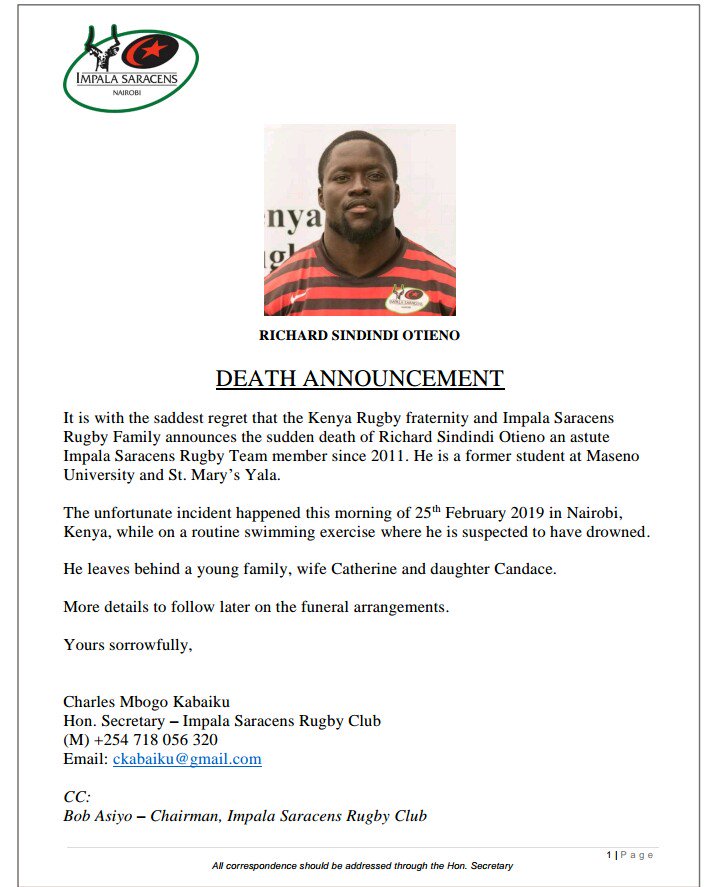