Impala Saracens produced a brilliant first half display to see off a resilient Homeboyz 36-27 in an early kick off at the Impala grounds.

Impala were first on the scoreboard with a Sammy Oliech penalty in the first minute of the game. Impala would again strike minutes later with Anthony Nyandigisi crossing over the chalk to score the game’s first try after they were able to break away from deep in their territory. Oliech successfully converted the resulting conversion for a 10-0 lead.

The deejays five minutes later through Leon Odongo who ignored Xavier Bett’s attention to dot down at the corner, the conversion wide leaving matters at 10-5.

Oliech would then extend the Saracens lead with the kick of the boot in the 17th minute for a 13-5 lead.

Referee Godwin Karuga would then award Impala a penalty try after a series of infringements by the deejays at the set piece further extending their lead to 20-5. Evin Asena would then cut the deficit to 12 points with a penalty in front of the sticks with under 10 minutes of the first half left. Scores now 20-8.

Xavier Bett would then add another three pointer for the home side at the stroke of half time to take the scores to 23-8 heading into the break.

Bett would be at it again just four minutes into the second half, drilling in a penalty to make it 26-8. Three minutes later Bett added another three points for a 21 point advantage.

Homeboyz would then get a penalty try to cut the deficit to 14 points with just 10 minutes remaining on the clock. Asena would then dummy before stepping into an opened up impala line for the deejays last try, he missed converting his own try settling for a 36-27 scoreline at the whistle. 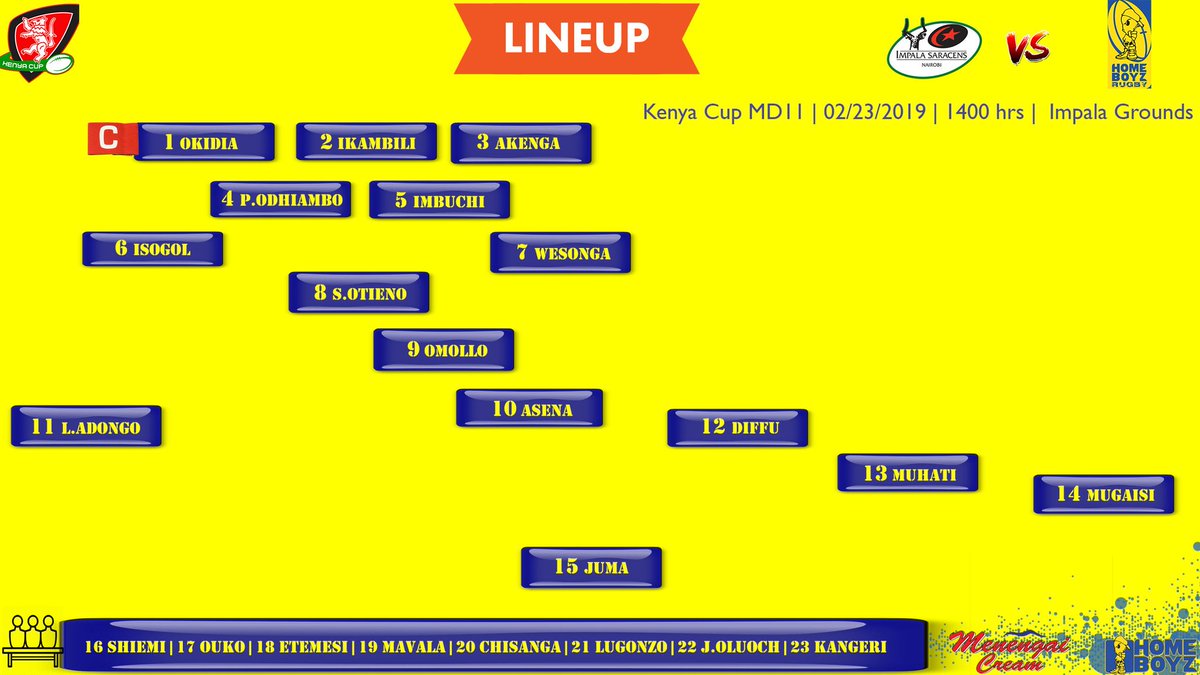