Former South Africa and Western Force fly-half Peter Grant has decided to retire from rugby after suffering a series of concussions.

His decision has been influenced by a piece of advice from doctors in regard to past head injuries.  He is happy that he will be able now to follow the game as a fan together with family.

My season as a professional Rugby player has come to an end and I need to say goodbye to this great game that has been my life and that I absolutely love.

Unfortunately, it’s not on my own terms, but I’m no spring chicken so I can accept that my time wasn’t too far round the bend.

It’s been a tough pill to swallow, but looking back there’s so much to be thankful for and I am now getting excited for what lies ahead. 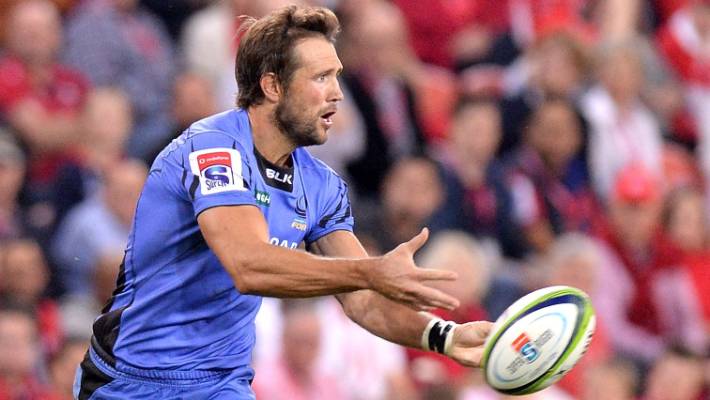 I just want to thank our Lord for blessing me with this season in my life, for being with me every step of the way.

Thank you to my beautiful wife, for believing in me, supporting me through thick and thin, and bringing the best out of me. I couldn’t have wished for a better teammate to tackle life. Thanks to my kids, Nova, John and Luke, for being my biggest fans and giving me such purpose and strength. And keeping me extra fit!! To my family and friends who have followed me over the years, thank you for all your support and constructive criticism. Mom and Dad, thanks for putting a rugby ball in my hands.
Thanks to all my teammates who I have shared the field with and have helped create so many memories. And to all you legends I’ve played against, it was a real fight out on the pitch, but I’m going to miss those post match beers for sure.
Thank you to all my coaches, medical staff and team management. You have all played a pivotal role in my growth as a player, and a person and I am grateful for the wonderful friendships we have developed.

And last but not least. A huge thank you to my faithful fans and loyal sponsors. From Cape Town, to Kobe, to La Rochelle and to Perth. You guys have been awesome! I am really going to miss the thrill of kicking a conversion from the corner, making that final pass, that crunching tackle on the advantage line at the back of the line out, running out under the lights to the sound of a full house and finally seeing the joy on your faces after the final whistle.

The versatile back made his first appearance for the Force in 2016, earning his first cap against the Melbourne Rebels in Round 1 of Super Rugby and has since played over 25 games for the Force.

Grant also amassed over 880 points for the Stormers over 10 years and played five games for South Africa, debuting against Australia in 2007.