The quarterfinal pairing for the Hamilton 7s set for Sunday morning have been released after the conclusion of the day of the tournament.

Fiji will tackle Canada in the first main cup quarters while South Africa will be up against Samoa. Hosts New Zealand will face off with Australia in the third main cup quarterfinal.

Series leaders USA will have a date with Scotland in the fourth and final quarterfinal clash.

In the challenge trophy, Argentina will face off with Japan in the opening clash before Kenya 7s takes on Tonga on the second semifinal clash.

Spain will tackle Wales in the third quarter while England will lock horns with France in the final Challenge Trophy quarters clash. 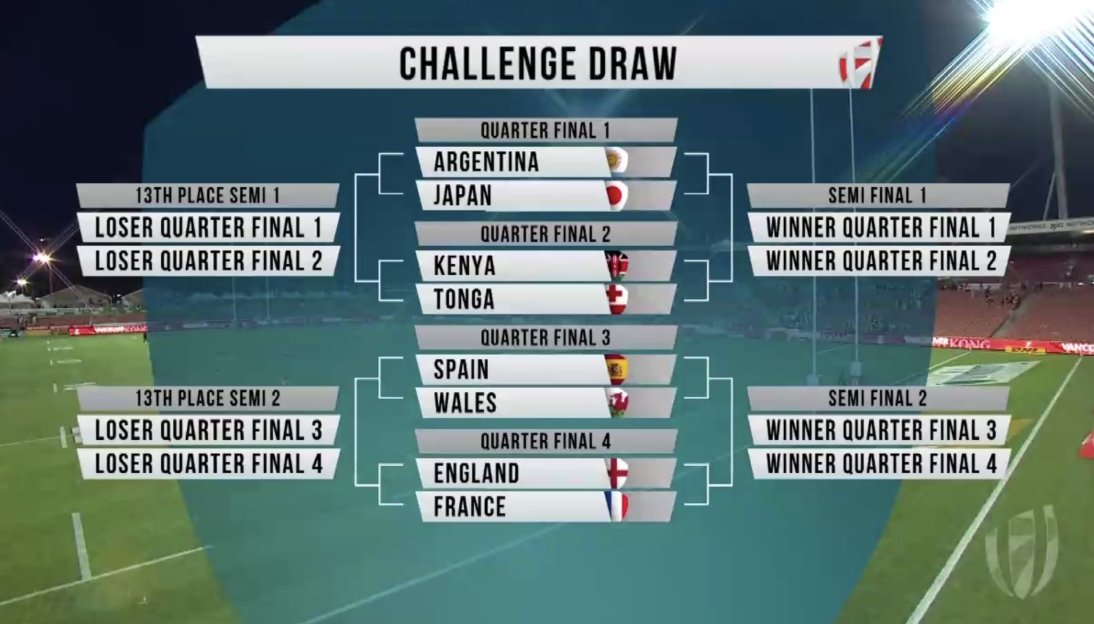