Nondies head coach Willis Ojal has made six changes to his squad that will play against Mean Machine in an early kick off match set for Impala Club on Saturday 26 January.

Fred Muga, Eric Okoma, Axel Asa, Moses Begi, Brian Safari, and Will Odhiambo have been called to the starting line up. Muga will be in front row alongside  Francis Mutuku  and Ian Njenga,

Brian Njenga and Brian Sinei have maintained their slots in the second row while Levis Ochieng, Steve Odhiambo are joined by Eric Okoma.

Ian Mabwa and Fielden Sinei have maintained their slots at halfback while Moses Begi has moved to the midfield to partner with Asa.

Brian Amaitsa, Will Odhiambo have started as wingers as Brian Oyando moves to fullback. The side will be keen to bounce back on winning after having suffered a heavy defeat last weekend. 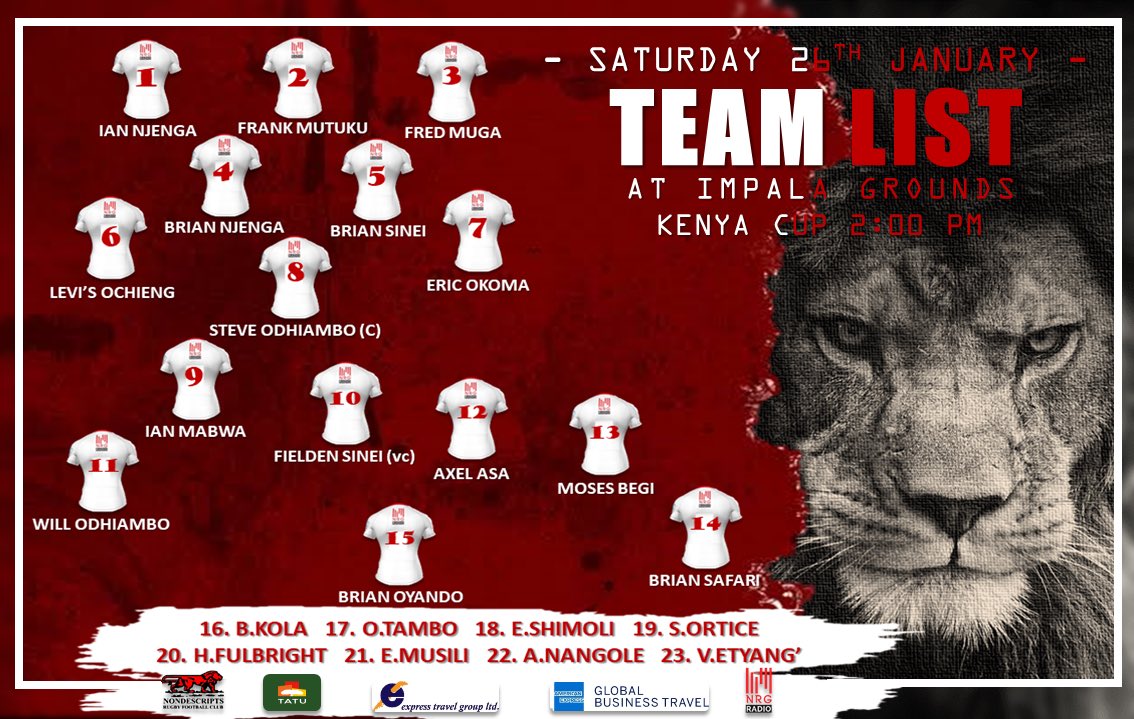 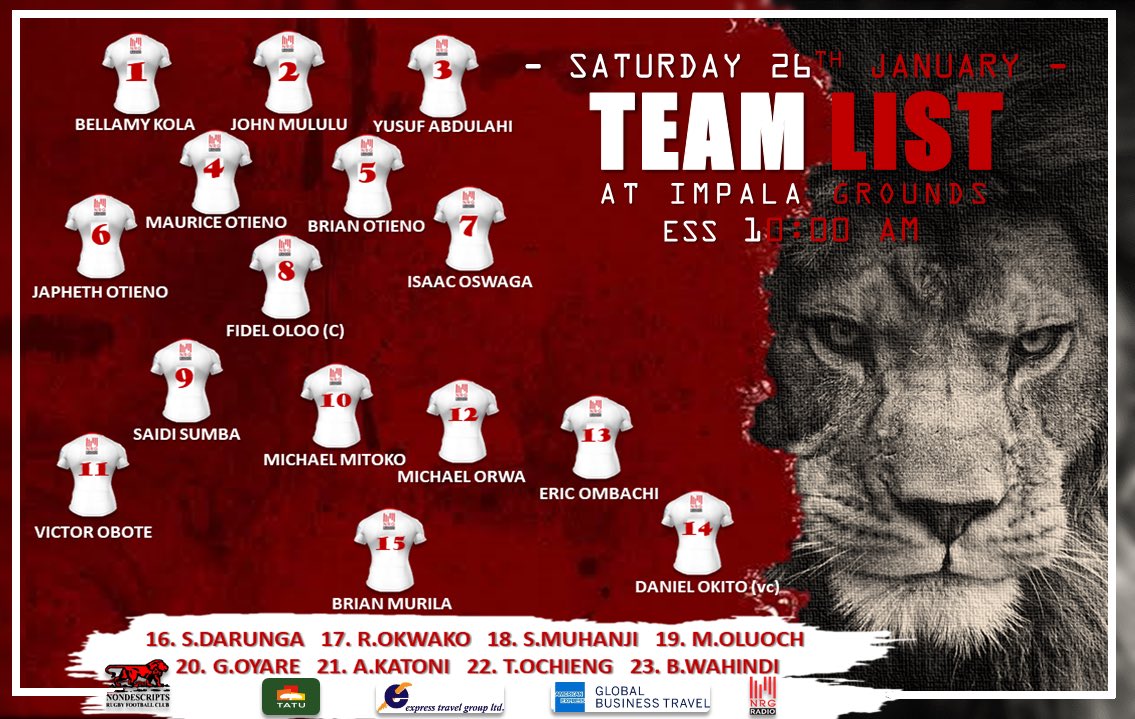