The visitors took an early lead through Brian Tanga. Ugandan International Philip Wokorach who was recently named the Rugby Personality of the year in his country missed the chance to add the extras.

At the other end, Fielden Sinei missed a penalty and Kabras would launch a chase for the second try. Wokorach took advantage of poor defending by Nondies to score their second try. His efforts to add the extras were thwarted as his kick hit posts.

A fantastic interchange between Wokorach and South African ace Logan Basson saw the latter slice through Nondies defence and scored between the posts, Wokorach added two points from the tee as Kabras went 17 points up. Both sides were reduced to 14 men with Hillary Odhiambo and Moses Begi being sin-binned. Sinei once again missed a penalty and they would remain 17 points down.

Clinical Kabras continued to impress as Logan Basson released Mario Wilson who scored the fourth try but Wokorach failed to convert it. Wokorach returned to the scoresheet with a try and Basson added the extras before converting their sixth try which was scored by the Ugandan. It was after he fend off a series of challenges to score between the posts.

Kabras would hit the 40-point mark after Odhiambo scored from a line out that turned out to be the final play of first half. In the second half, Nondies pulled one back through Muga. The final half had less action and Kabras won to extend their stay at the top. 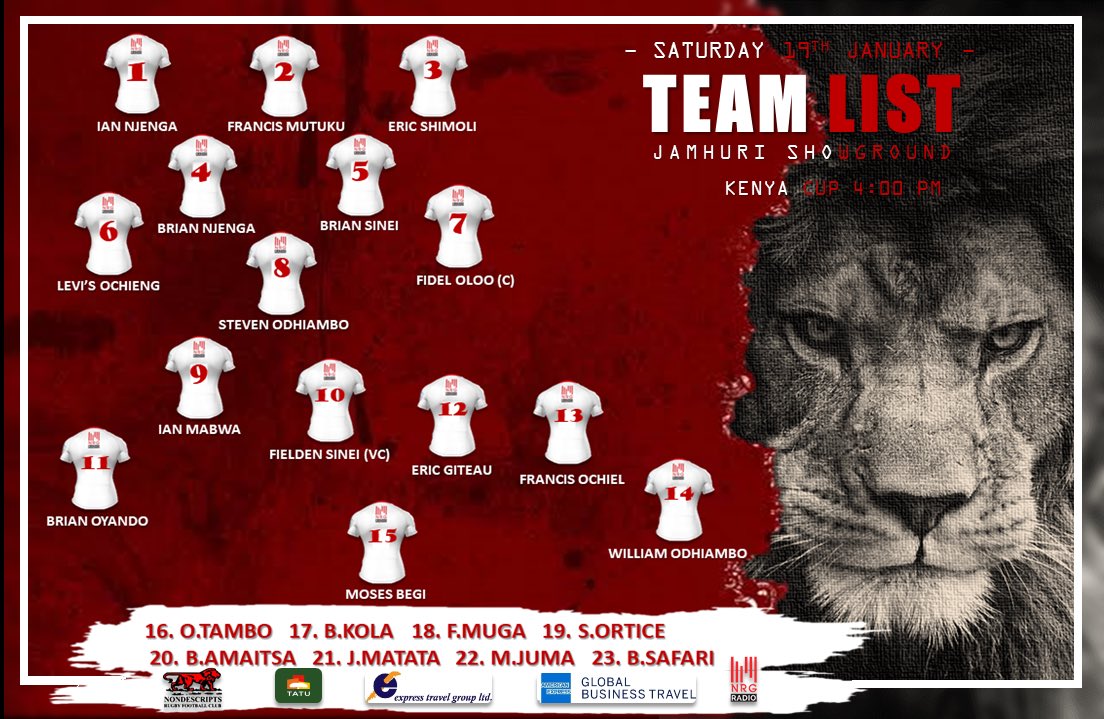 Samuel Mbeche among six set for Impala debut against Quins