Five first half tries by Kenya Harlequins were enough to get them past Nondies with a 32-13 score in a match played at the KCB grounds Ruaraka.
Quins were first to draw blood in the opening minutes with an unconverted try by captain Peter Misango from the back of a rolling mall. Martin Juma would reply for Nondies with a penalty in the 16th minute to cut the deficit to 5-3.
Charles Cardovillis coached side then extended their lead two minutes past the halfway mark with a try by David Ambunya with Lyle Asiligwa adding the extras to make matters 12-3.
The Ngong road based side continued playing excellent rugby and minutes later were rewarded with a third try by Malcolm Onsando. To make it 17-3. Things were quickly falling apart for Nondies as Ofoywroth took a quick tap to release Iddi Kakai on the outside for Quins’ fourth try. Asiligwa added the extras to make matters 24-3.
Quins were at it again on the stroke of half-time as Alex Olaba pounced on a chip behind the Nondies line to dot in at the corner for  29-3 lead heading into halftime.
The second half saw Nondies pull back one unconverted try before Asiligwa added a penalty for Quins to make matters 32-8. Nondies would score another try on the hooter through Brian Oyando but it would prove too late for them. Full time scores 32-13.
How they lined up 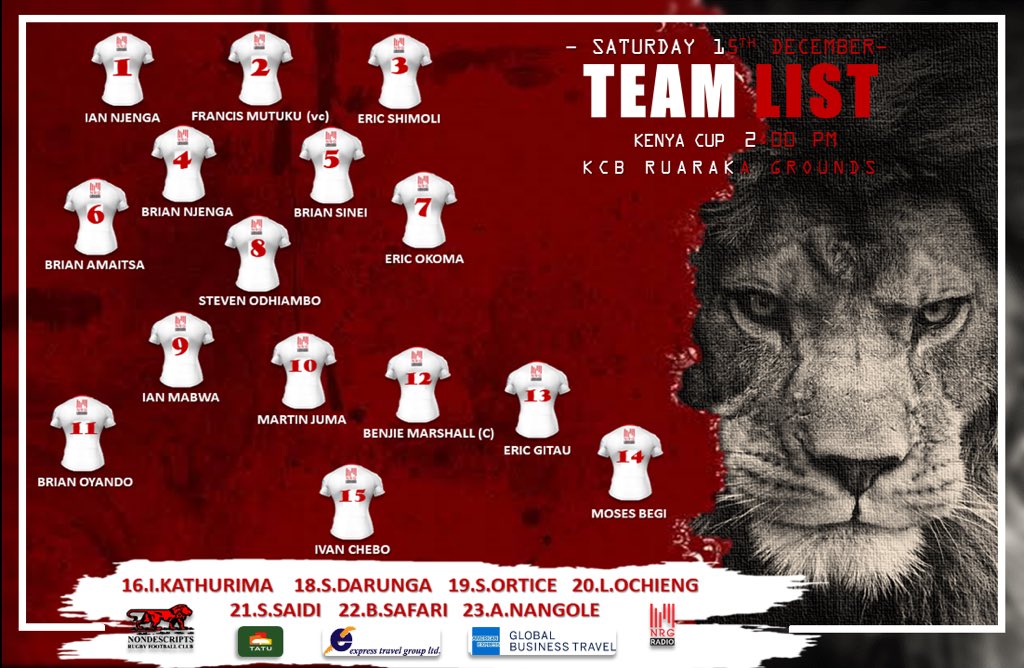