Homeboyz head coach Simon  Odongo has named his squad that will face off with KCB in a Kenya Cup match scheduled for KCB sports Club this Saturday.
The coach has called in Kelly Akenga, Richard Alai, Brian Wandera, Bush Mwale, Michael Wanjala while Leon Adongo will be making his debut on the right wing. The left wing has Mwale with Wanjala taking over the jersey 15 from Brian Juma.
Wandera joins Israel Soi in midfield. Mohammed Omollo and Henry Ayah are at nine and 10 respectively. Stanley Isogol slot at blind flank has been filled by Alai as he has moved to eighth-man. Roy Wesonga will cover the open flank while Wallace Onyango and Polycarp Odhiambo are in locks
Thomas Okidia, Joseph Amalemba and Akenga are in the front row. Cyprian Kuto who is set for the second stint at the club has been named on the bench as well as Jeff Olouch and Johnstone Olindi. 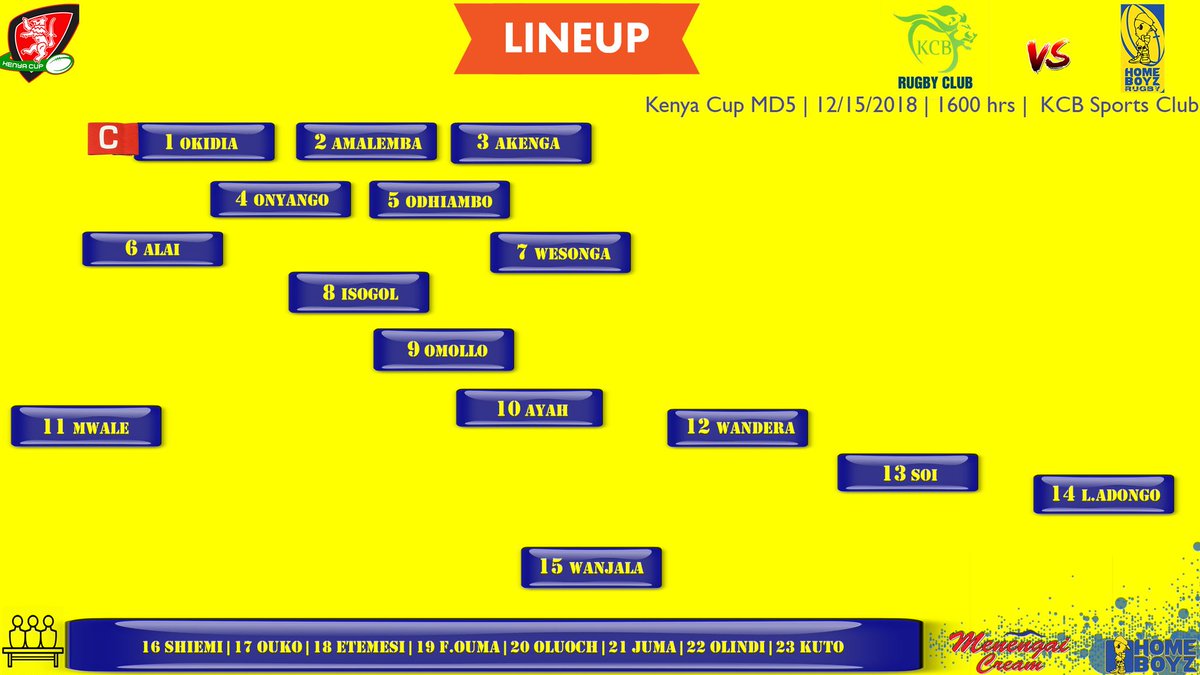