All Blacks came from behind to beat England 16-15 in a Twickenham and won the Hillary Shield in a match played on Saturday.
The All Blacks trailed 15-10 at halftime to England after a tough first half. The first points on board that made England lead 5-0 came from Chris Ashton’s non-converted corner try before Owen Farrell summed the points with a drop-goal to make it 8-0. 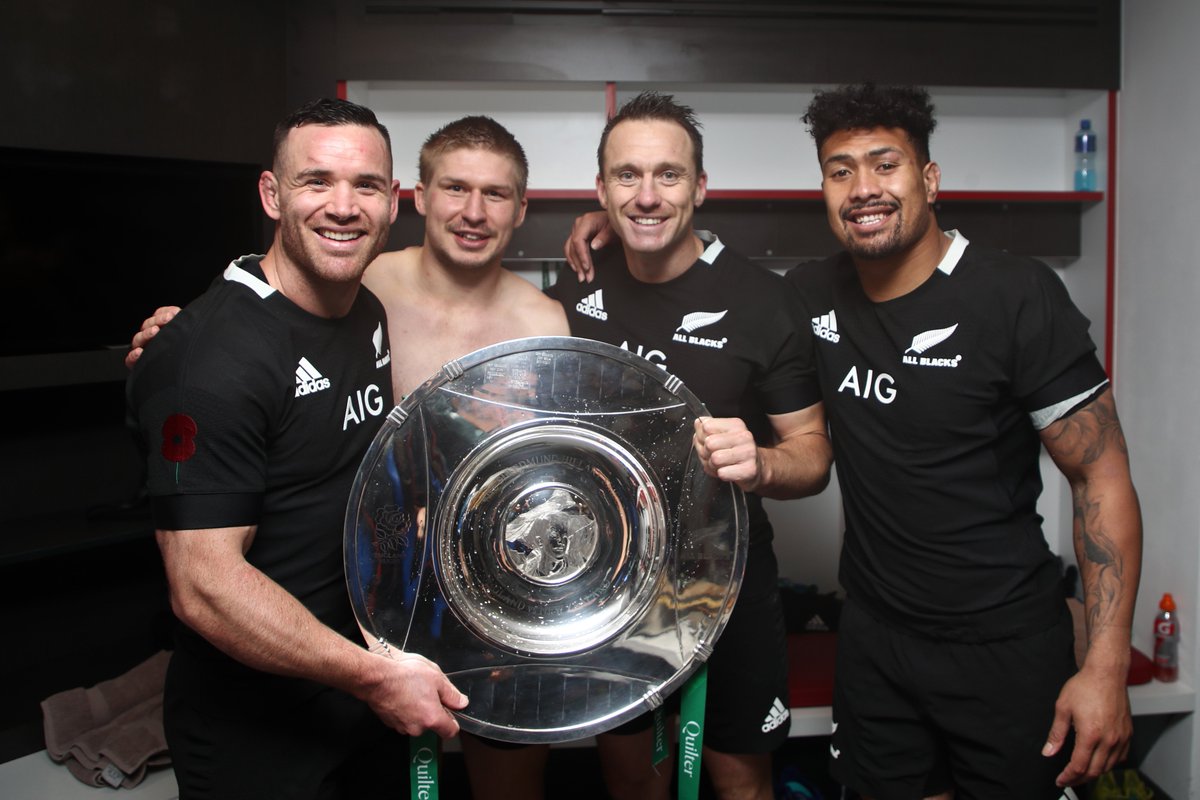 All Blacks players pose with the Hillary shield. Photo Courtesy/AllBlacks

Moving moment before kick off as HRH Prince Harry lays a wreath to mark the centenary of Armistice Day at Twickenham.#RugbyRemembers pic.twitter.com/MU6xCjIdAI

The second half became tougher for England through Sam Underhill disallowed try after Referee Jerome Garces changed his infield decision to the penalty for Courtney Lawes offside charge down making the All Blacks lead an exhilarating test 16-15 at fulltime.