KRU Nationwide side Embu RFC have launched their new jersey ahead of the 2018/19 season.
The launch was done on Saturday 3 November during the club’s annual dinner. The event saw the side fundraise and award the best players in the 2017/18 season. 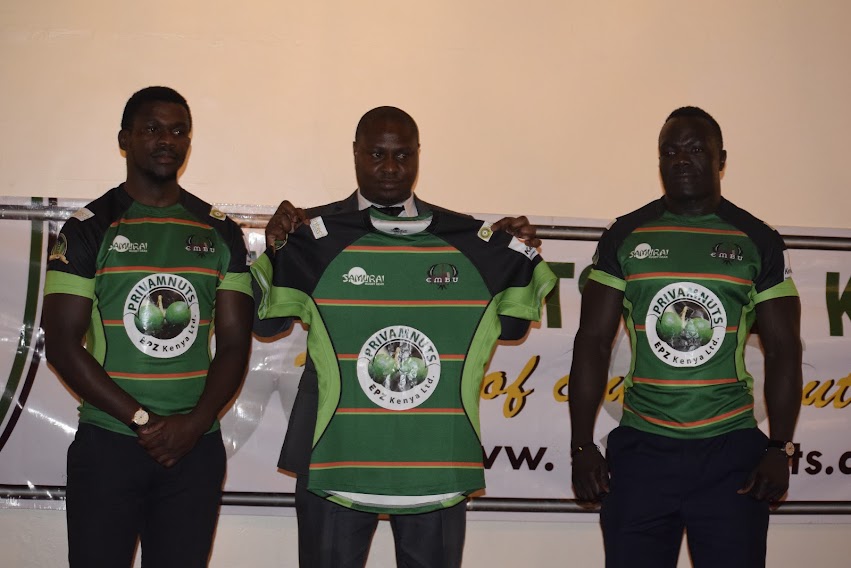 The jersey is manufactured by kitting company Samurai has a dominant dark green colour while black and light green are the other colours used.
The jersey features, the club’s logo, and their partners Privamnutsan, an agro-food processing company.
Awards
Dennis Kivara was named the Most Valuable Players while Brian Mutugi walked away with the most promising player award. 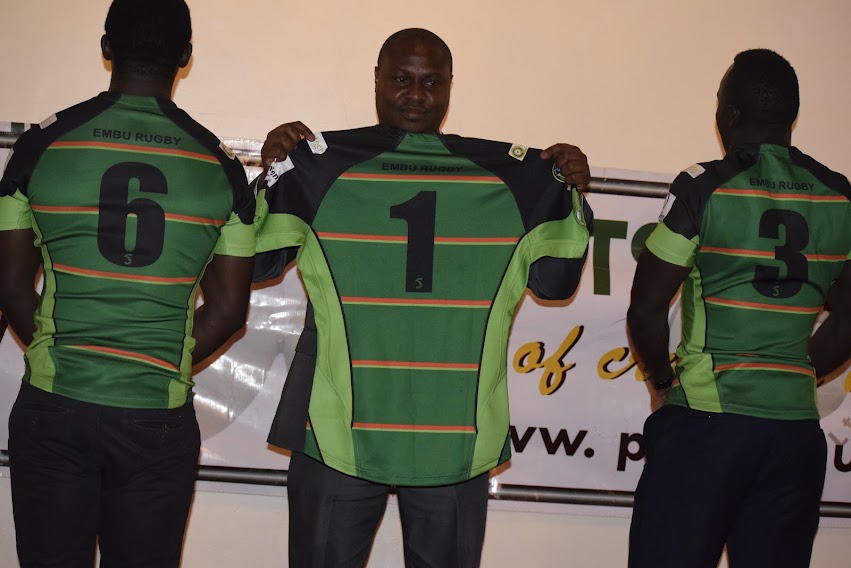 Augustine Kibiwott picked the Most Improved Player award as Duncan Simiyu was awarded as the Most Patriotic player for having served the club for several years.
Kenya 7s legend Humphrey Kayange was present in the event as the chief guest
List of award winners
MVP – Dennis Kivara
Most promising – Brian Mutugi.
Partners of the year – privamnuts
Chairman of the year – Moses Mukabane
Most Improved player – Augustine Kibiwott
The most patriotic player – Duncan Simiyu
Ladies team captain- Lucy Wanjiku