Strathmore Leos joined Christies 7s hosts Kenya Harlequins, Mean Machine, Blue Bulls, and Uganda emerging 7s in the quarters of the competition after winning their final games of the Competition played at RFUEA Grounds.
Machine crushed Russian side Narvskaya Zastava 42-12. Heading to the last match of the day the side had lost their two opening matches but the big win ensured a superior point difference against Kabras. The students booked a place in the last eight after Kabras fell to Mwamba. 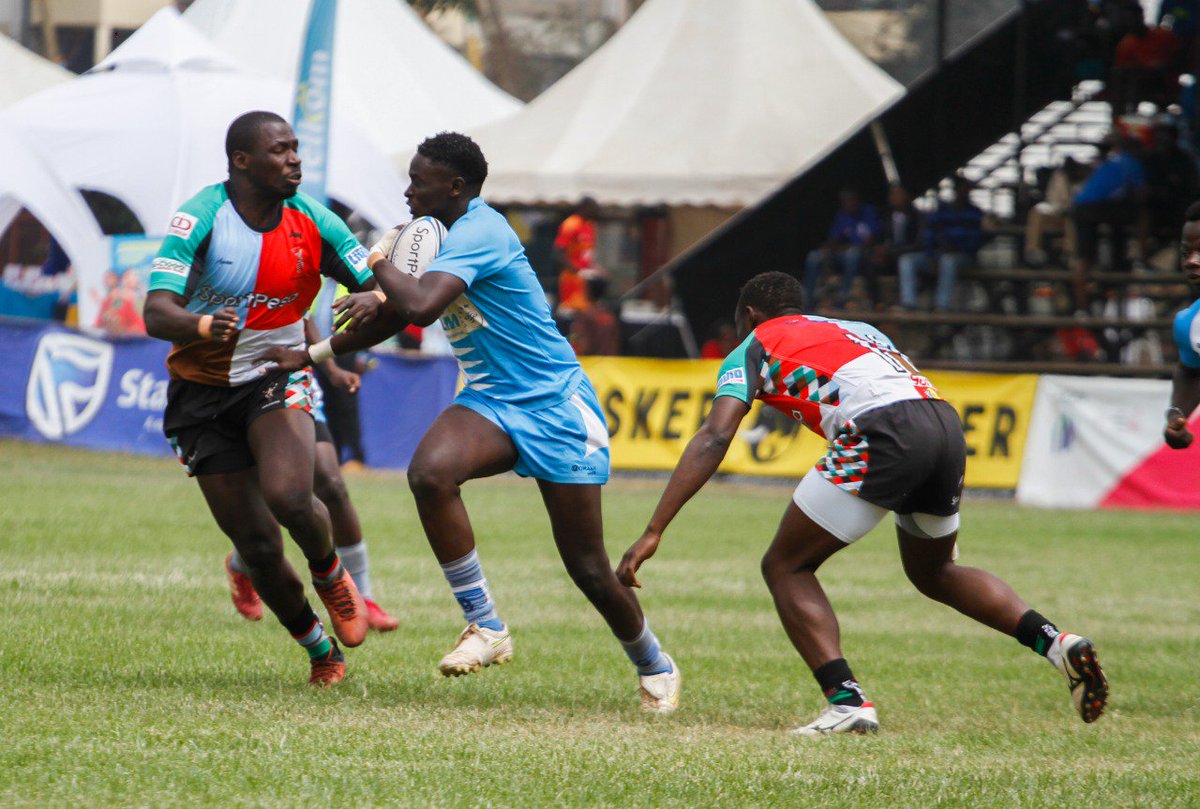 Against Mwamba, Kabras looked determined and they took a 14-12 lead to the break, with George Omolla and Collins Injera getting on the scoresheet in the half for Mwamba
The second half saw Mwamba take a 19-14 lead with Injera scoring his second try and third for Mwamba. Kabras reclaimed the lead with a converted try but allowed Mwamba to score two converted try for a win. The wins saw Mwamba become the first side to pick a 100% record win on day one at Christie.
Circuit leaders Homeboyz also picked third straight win off the competition following a 42-12 win over Nakuru. The loss send Nakuru to the Challenge trophy after having won one game and conceded 83 points in the last two matches.
Homeboyz are joined by South Africas Blue Bulls and TUK combined who beat Nakuru based side Menengai Oilers 21-12 to reach the last eight. 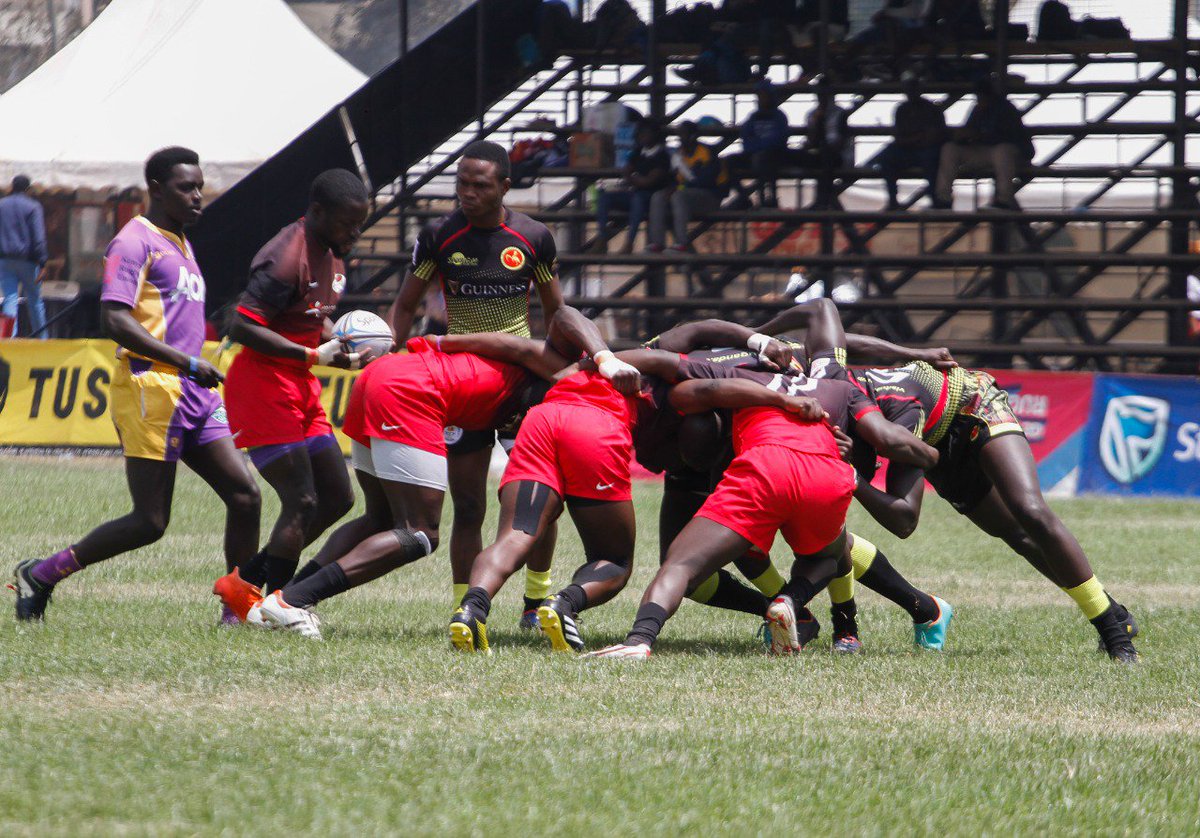 In Pool C, Uganda emerging 7s booked a slot in the quarters after brushing aside Nothern Suburbs with a 29-0 win. Kenya Harlequins also qualified for the quarters after downing neighbours Impala 26-5 in a Ngong road Derby. Sam Motari scored first for Impala but Quins would reply with 26 points to win the match.
Ugandan star Solomon Okia bagged a brace in the opening half to send Quins to a 12-5 lead. The  Ugandan star and Cyprian Kuto added more tries as the side went on to revenge the Dala 7s loss to Impala. Impala and Suburbs have dropped to the challenge trophy.