The inherent softness, that England’s tactician Phil Jones, described as Australia’s weakness was in full display on Saturday as the Wallabies fat melted at the raging Argentines heat.
Australia’s three tries by Genia, Folau and Haylett-Petty and two conversions were not enough to stop Argentina who had two tries both converted and 3 penalties to win 23-19 in Gold Coast.
MOTM
Man of the Match arguably, playmaker Sanchez put on a master class characteristic of his demeanor bagging 12 points for his side with a try, two conversions and one penalty, fulltime scores Argentina 23-19 Australia the win means the Pumas have ended a 35-year losing streak on Australian soil.
Australia now finds themselves last on the log in the championship standings.New Zealand, despite their earlier shock defeat to South Africa, are still at first place with 16 points, South Africa occupies the second spot with 10 points, Argentina moves to position 3 with 8 points as Australia seat firmly at the bottom of the log. 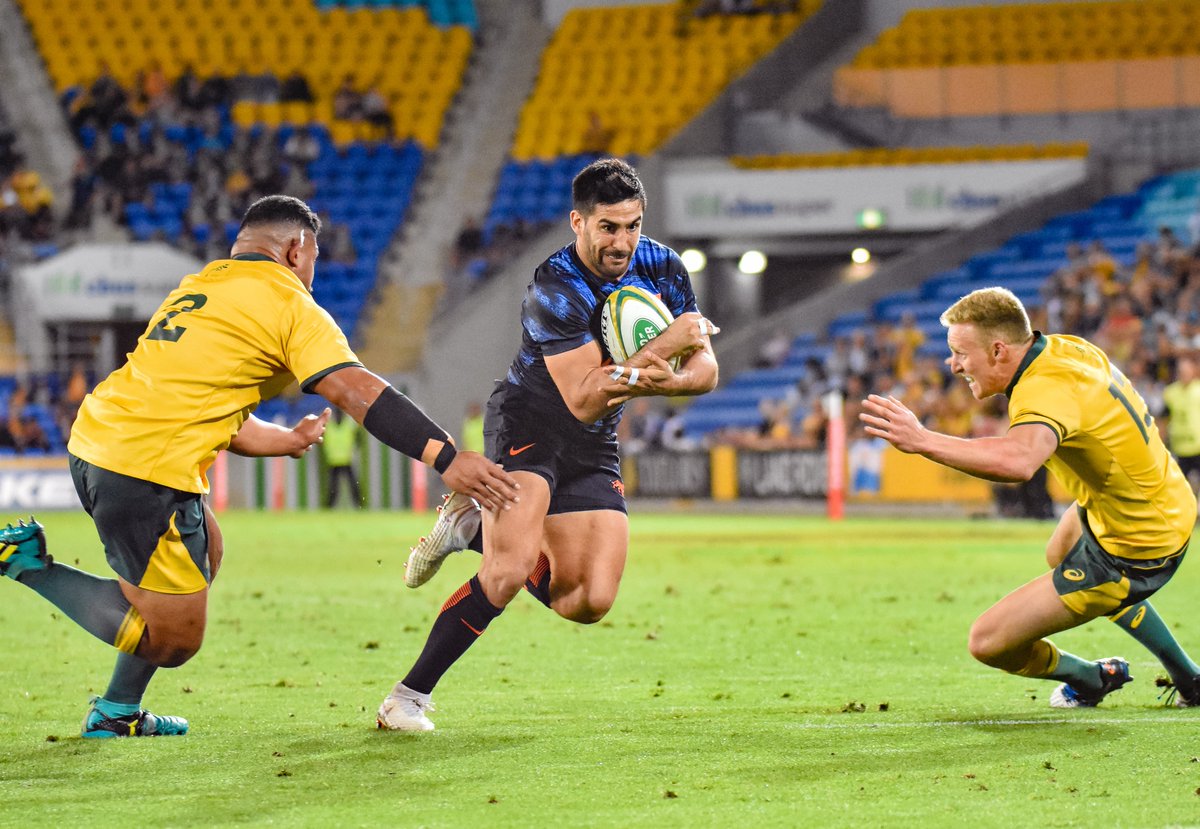