Nakuru RFC are the Driftwood 7s winners after beating Mwamba RFC 12-7 in a tight final played at Mombasa Sports Club on Sunday 26 August.
Donald Olouch scored the opening try of the game in the tight half. Olouch converted the try and Nakuru went to the break with a slim advantage of 7-0. Kenya International Collins Injera pulled back and Daniel Taabu converted to level the scores on return from the break.
Nakuru were reduced six men after Geoffrey Ominde was sent off for a sin-bin. Despite being one man down, Wanyore held on and send the clash to sudden death. Philip Kwame was also sent to the bin after an offence during the sudden death.
Kenya International Nelson Oyoo scored a try in the period and handed Nakuru the first Main Cup in 2018.
MKU Thika promoted
MKU Thika won the Division two final 27-0 Daystar Falcons. The win means that the Thika based side will be in Division 1 at Dala 7s in the fifth leg of the National 7s Circuit. 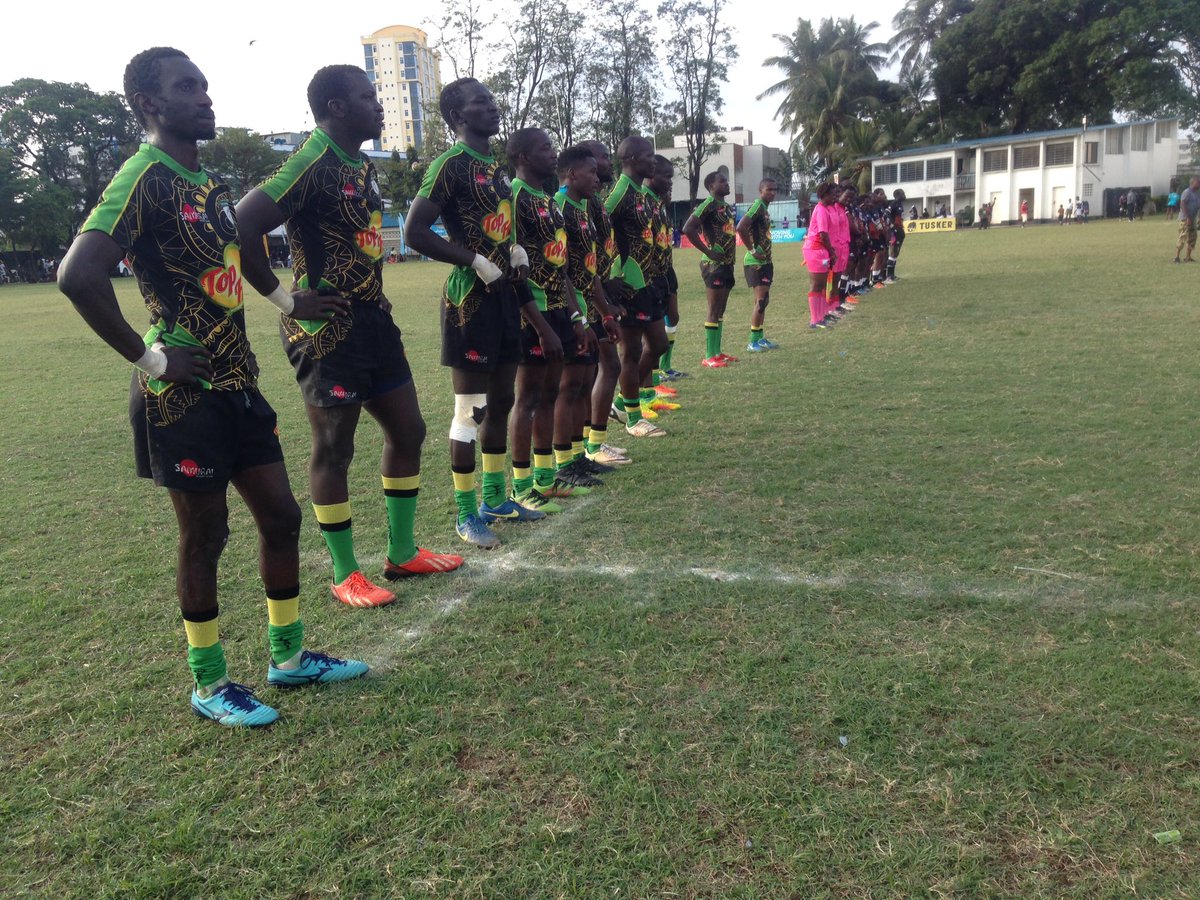 Nakuru and Mwamba line up for the finals. Photo Courtesy/Nakuru

In the third-place final, KCB maintained the third position for the third time in a row after a 14-5 win over Homeboyz.  KCB took a 7-5 lead to the break before Vincent Onyala’s try and conversion by youngster Samuel Asati handed the bankers a win. The bankers had finished third at Sepetuka and Kabeberi.
Nondies beat Series holders, Kabras 22-0 in the fifth-place final. The Rangers ran four tries with one being converted. It is the second time in a row that Kabras is finishing sixth. They achieved a sixth-place spot last weekend during Kabeberi 7s.