After registering a 7-7 draw in the opening game against Mean Machine, National 7s Series defending Champions Kabras RFC picked the first win of the day after a 24-10 win over Nationwide side Nothern Suburbs in a pool D match played at Machakos Stadium.
In the final Pool D match, Mean Machine beat Nondies 14-12.Homeboyz whipped Menengai Oilers 38-5 in the second match of the Kabeberi 7s and joined Nakuru RFC in the quarters. Nakuru booked a place in the last eight after thrashing Strathmore Leos 33-14 in another Pool A match.
Kabeberi 7s defending champions Impala Saracens got the first win of the tournament after 21-0 win over Kisumu. Leone Adongo, Samuel Motari, Derrick Mayar were on the scoresheet with a try each while Mark Kwemoi’s got all the conversions right. Hosts Mwamba  picked a 22-7 victory over Blak Blad 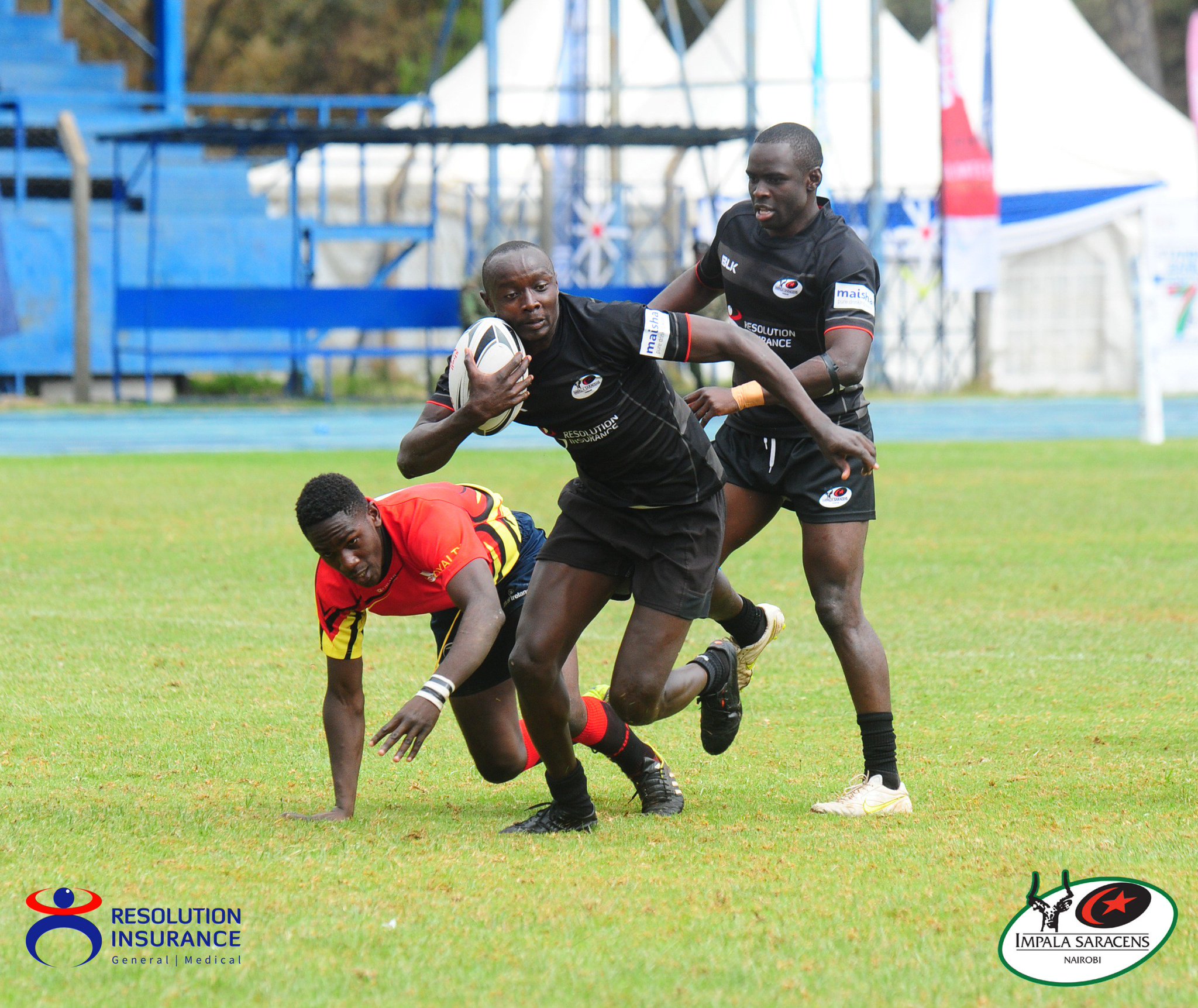