Mombasa have joined their fellow former Kenya Cup counterparts Kisii in the third tier and will spend the 2020/21 season in the Coastal region Nationwide.

Mombasa needed maximum points to revive their chances but managed just one point in their 18-13 loss to Mean Machine. The point was not enough to lift them above their closest opponents. Despite having been relegated Kisii signed off in style beating Eldoret 13-8. Eldoret have, however, managed to stay in the tier despite the defeat.

Catholic Monks ended the season on a high by beating their counterparts Northern Suburbs 23-15.  The loss, however, did not harm Northern Suburbs ambitions as they will play in quarters following South Coast Pirates loss Strathmore.

USIU finished fourth on the log following their 18-13 win in Nakuru but allowed Egerton to earn a point that has assured them a place in the quarters.

Strathmore maintained 100 per cent win record beating South Coast 40-20. Their closest challengers MMUST once against left Eldoret with a slim 7-6 win against but managed to maintain their 100% win record on the road. 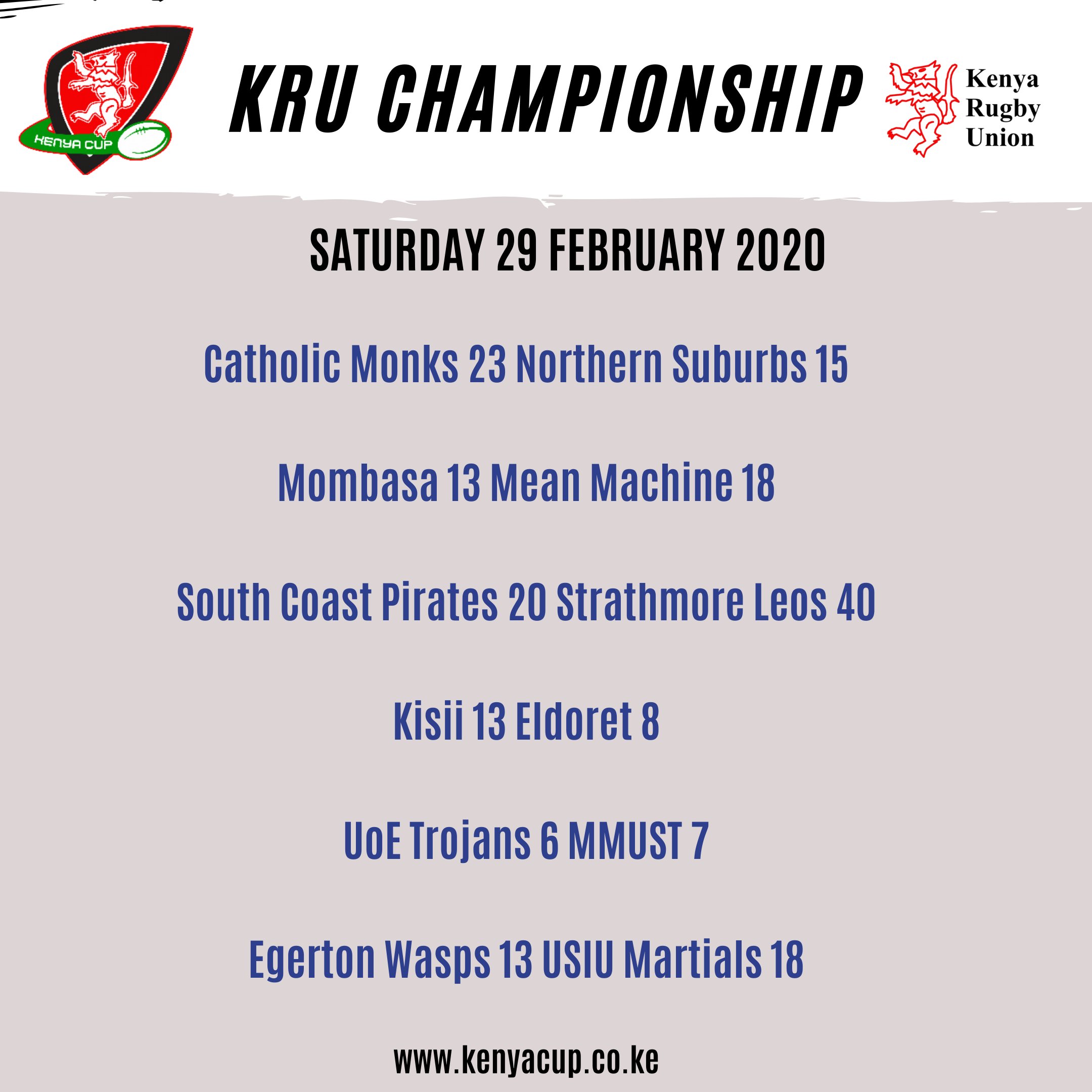