Kenya Harlequins have made five changes to their squad ahead of the trip to Menengai Oilers which is scheduled for Nakuru ASK Showground on Saturday.

Elisha Koronya keeps his place in the tight five while Boniface Ochieng and Khaidar Mohamed have been introduced in the front-row.

Veteran Wilson Kopondo and Hillary Baraza have been drafted in the second row in the absence of Roxy Suchi and Mike Onsando.

The coach has retained the back row that managed a win against Nakuru. Edward Shitanda, Herman Humwa and Patrice Agunda start together.

Nick Ndegwa and Eden Agero have kept their slots as playmakers. Brian Oyiengo shifts to the blind wing while Mark Wandeto finally gets his long-awaited start on the right side.

Mike Habashi and Douglas Kahuri will start in the midfield as Dominic Osino stays at fullback.

Lyle Asiligwa, Mark Omoding, Brighton Mwalawa, Lyle Asiligwa and Eric Shikuku are part of the bench. Kenya Harlequins will be keen to complete a double of Oilers. 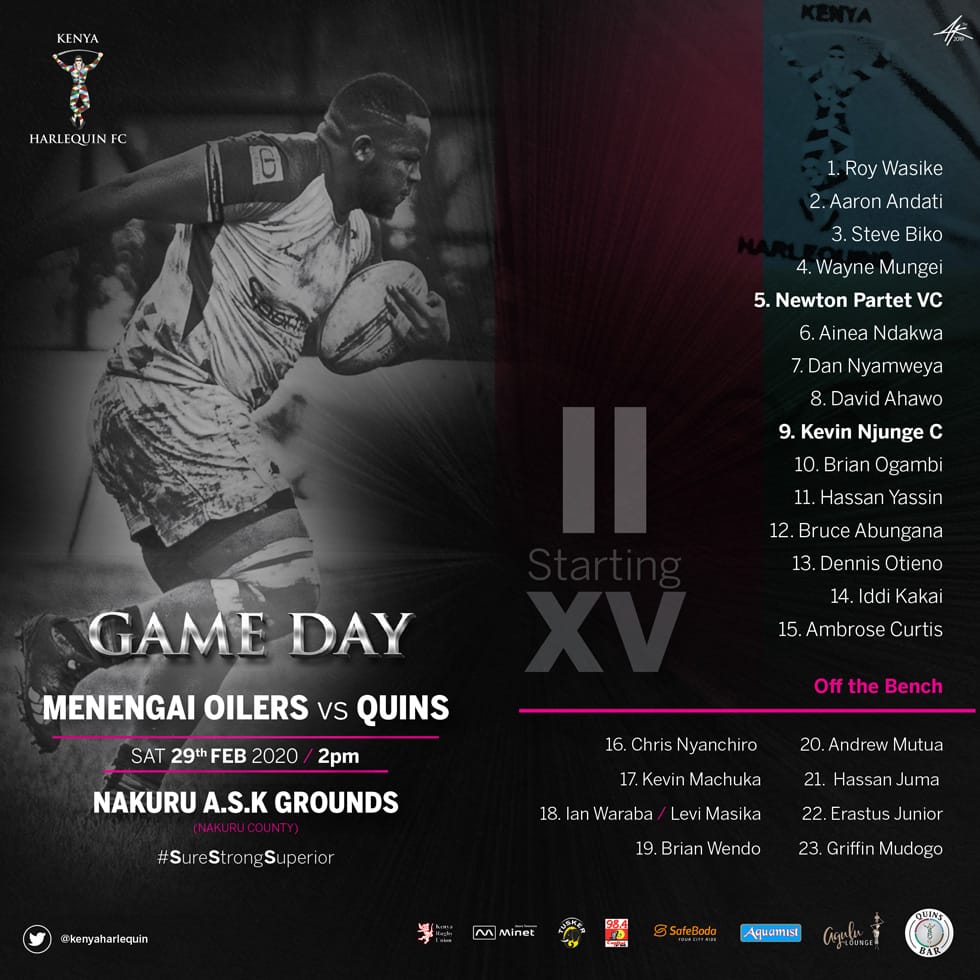