Nondies head coach Willis Ojal has made seven changes to his squad ahead of the Kenya Cup clash against Kabras scheduled for the Bull Ring on Saturday.

Charles Ndirangu has been drafted in the second row where he will play alongside Brian Sinei.  Valentine Etyang comes in the back row and he will partner with the Steve Otieno and Steve Odhiambo.

Ian Mabwa at scrum-half will partner with returning Biko Adema who starts at fly-half. Mark Ongayo has started on the left-wing while Dan Okoti’s place has taken up Ivan Chebo’s place on the right.

Maurice Murimi will partner with Moses Begi in the absence of Benjamin Marshall.  James Odong starts at fullback. 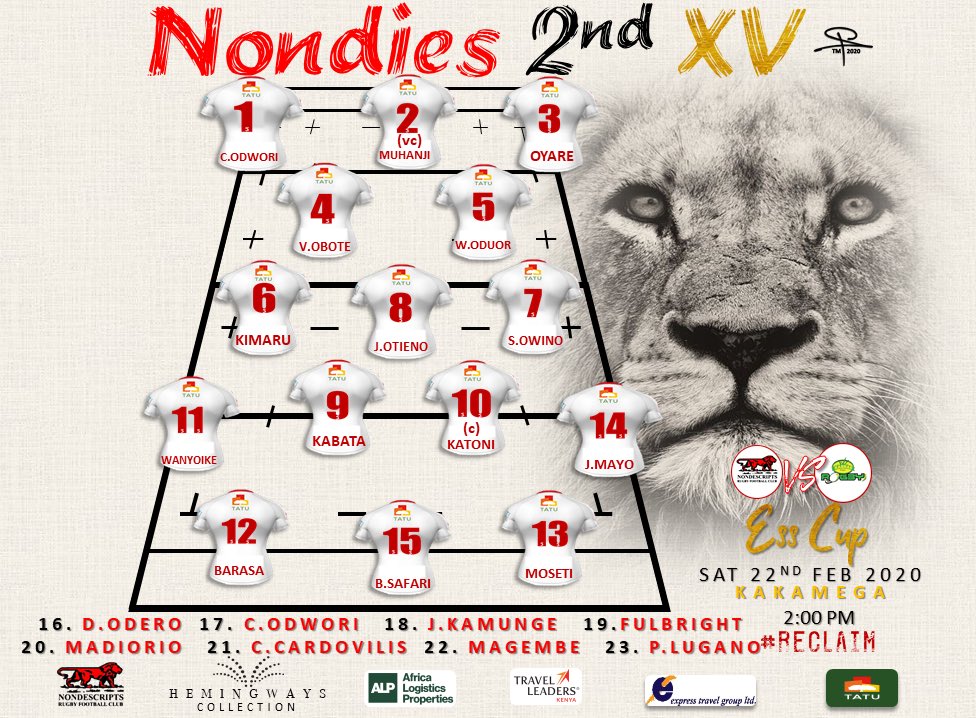